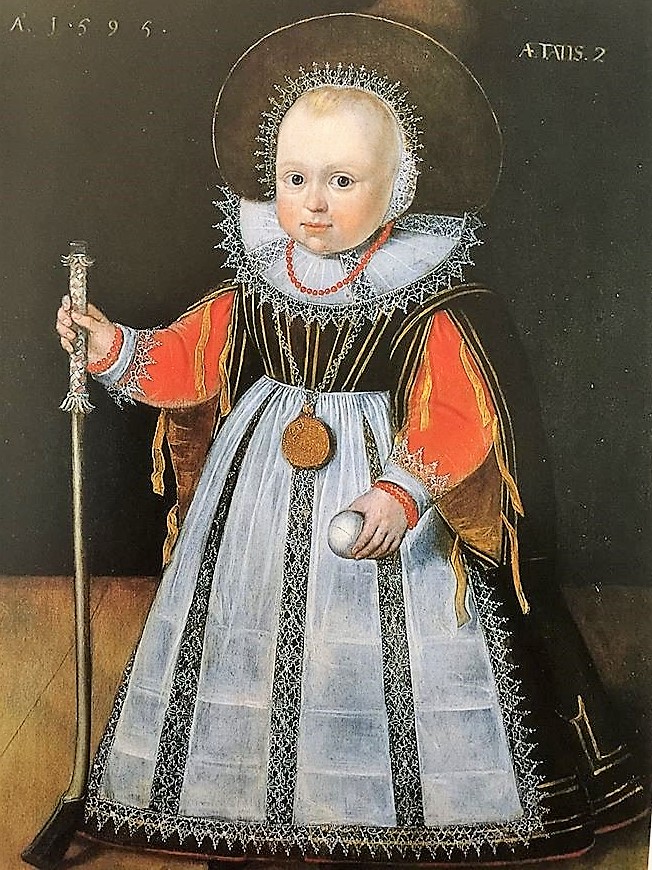 This is a portrait painting of the two-year-old Maurits de Héraugières.

Maurits wears on his chest on a chain the gold “Turfschip medal”, struck by resolution of the States General on 20 March 1590.

The obverse contains an image of the peat ship of Breda (exploded on March 4, 1590) surrounded by the text (translation from Latin: Invicti animi pr parati vincere avt mori 4 martII): The reward of an invincible mind that is willing to overcome or die, March 4;

On the back the Dutch lion and the text (translation from Latin: Breda a servitvte Hispana vindicata DVCTV principis Mavritii a Nass Ao MDXC): Breda liberated from Spanish slavery under the leadership of Prince Maurits of Nassau in the year 1590.

The wearing of this medal by little Maurits says everything about the political background of his parents, from the Rees family in Dordrecht. The family coat of arms of the Rees family shows ‘hats’ that correspond to the helmets on this medal.