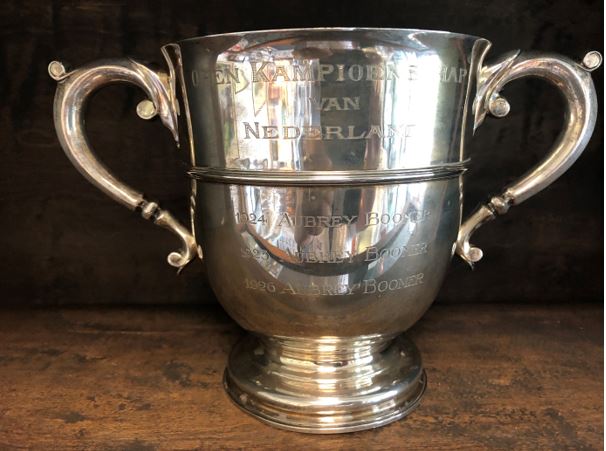 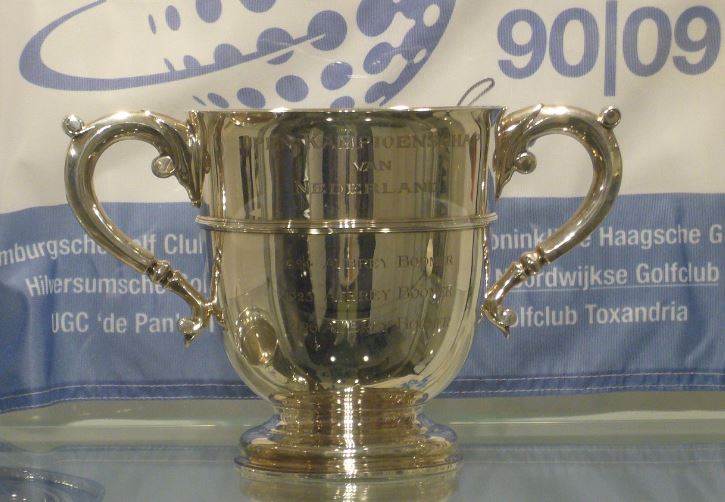 The second cup of the Open Dutch Championships for Golf professionals, the Dutch Open, was a beautiful silver cup with two large ears.
After the Englishman Aubrey Boomer in the years 1924, 1925 and 1926, following the also English Henry Burrows before him, won the cup three times in a row. He was also allowed to keep the cup.

The following year, a new change cup had to be built for the third time. The cup won by Boomer was of course named Boomerbeker.
The cup moved to the Boomer house and his family eventually donated it to the British Golf Museum in St. Andrews. On 4 September 2021, the Dutch Golf Museum received this cup on loan for a period of three years.