Bertus van Mook, 82 years old, looks energetic. Talk a lot and still regularly play a game of golf at Golf & Country Club Geijsteren in Limburg, where he worked as a teaching pro until his retirement. In his younger years he became Dutch champion no less than eight times. Won many cups and medals, but attached so little importance to them that he gave most of them away. “The neighborhood children were allowed to play with it in the sandbox,” he says.

The only cup he still had in his possession, he gave to the Nederlands Golf Museum without sentiment. Won at the 1969 National Open. 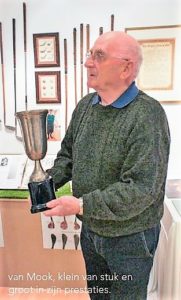 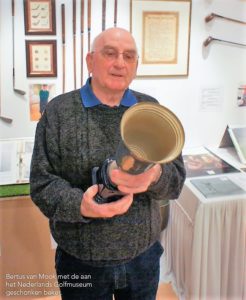