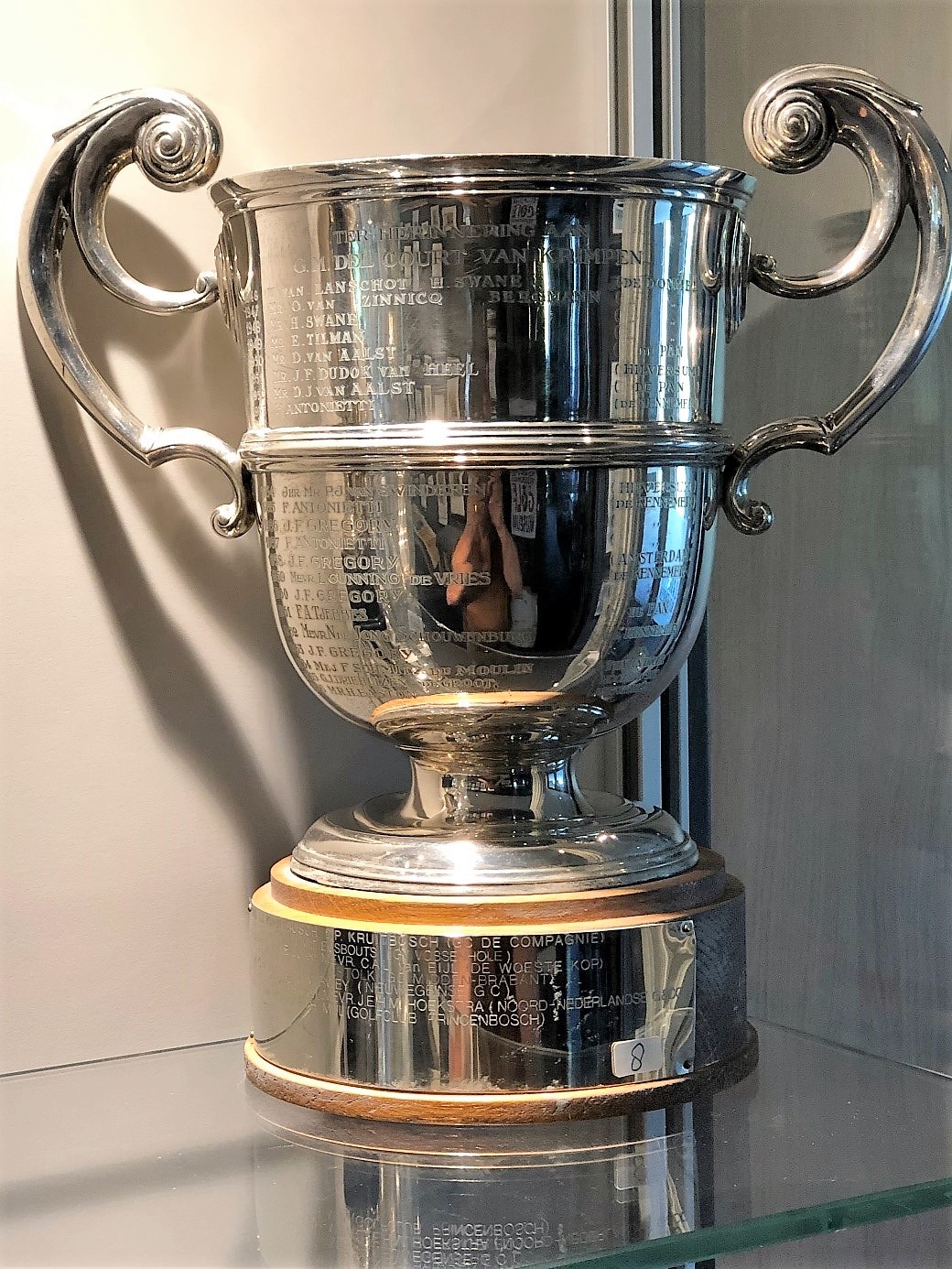 The Delcourt cup was a exchange cup for competition teams and was named as a tribute to Gerry del Court van Krimpen. In 1915 Gerry Del Court participated in the second Professional Championship at the Haagsche. Four rounds of nine holes were played. Del Court won with a score of 152.

From its legacy, the Del Court Fund was established, intended “to support Dutch golf professionals, course staff and their families in the event of retirement, disability or death”.

The objective was modernised in 1991 and now reads: “To represent the interests of those who are professionally associated with Dutch golf, or who are trained to do so.”