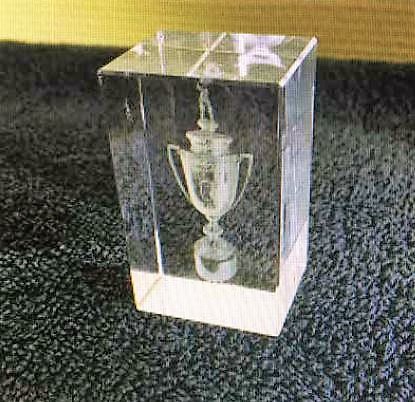 The cup of the Dutch Professional Championship was won in 2015 by the 26-year-old golfer Floris de Haas, who pulled from one match after another like a nomad.

He also won the National Open Matchplay in the same year.

He was not allowed to keep the cup of the Dutch Professional Championship, but he did receive a glass rectangle containing a miniature of the trophy. He donated this miniature of the Trophy to the golf museum during his visit to the Dutch Golf Museum in 2019.