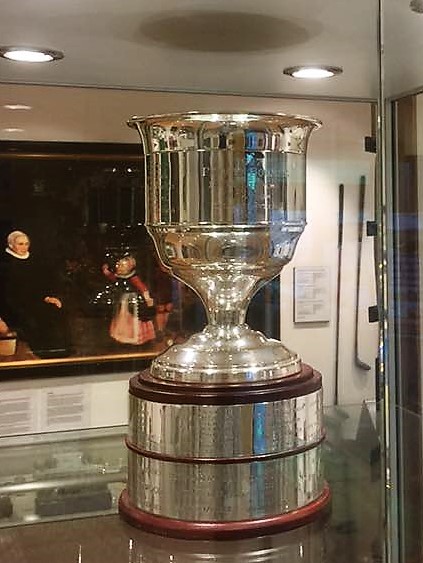 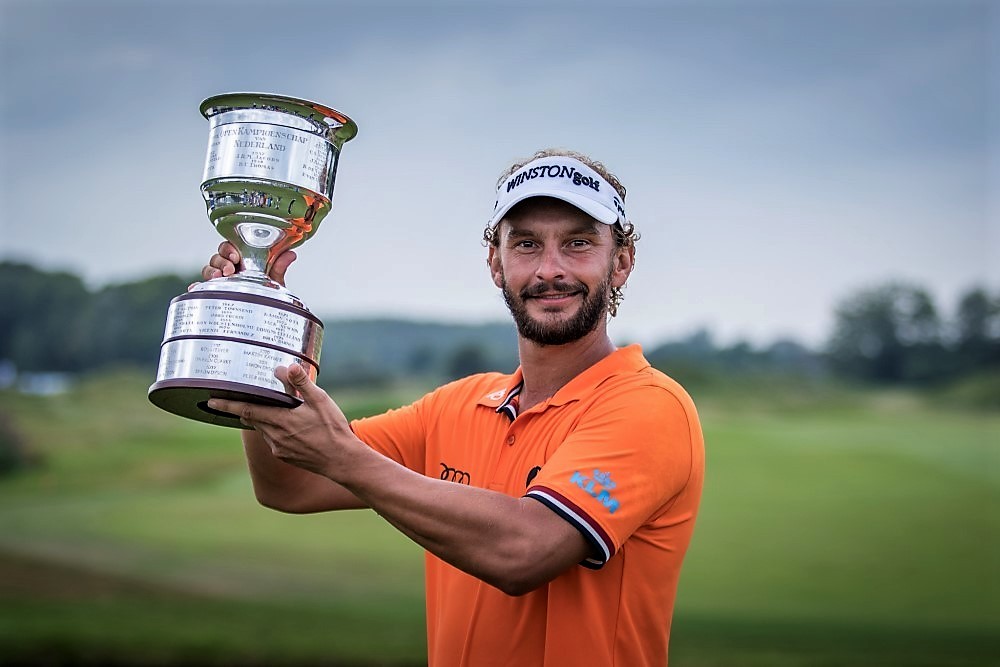 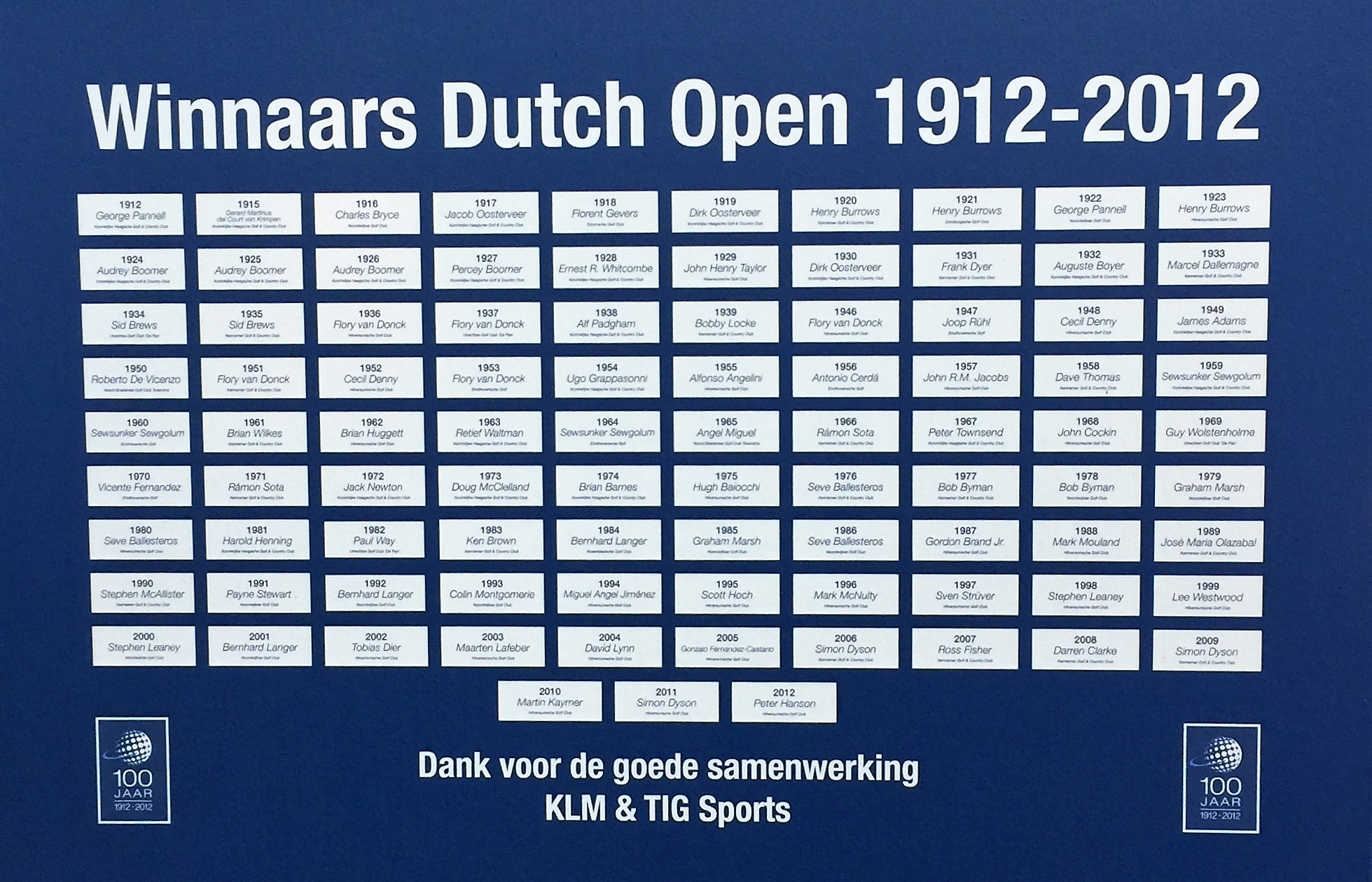 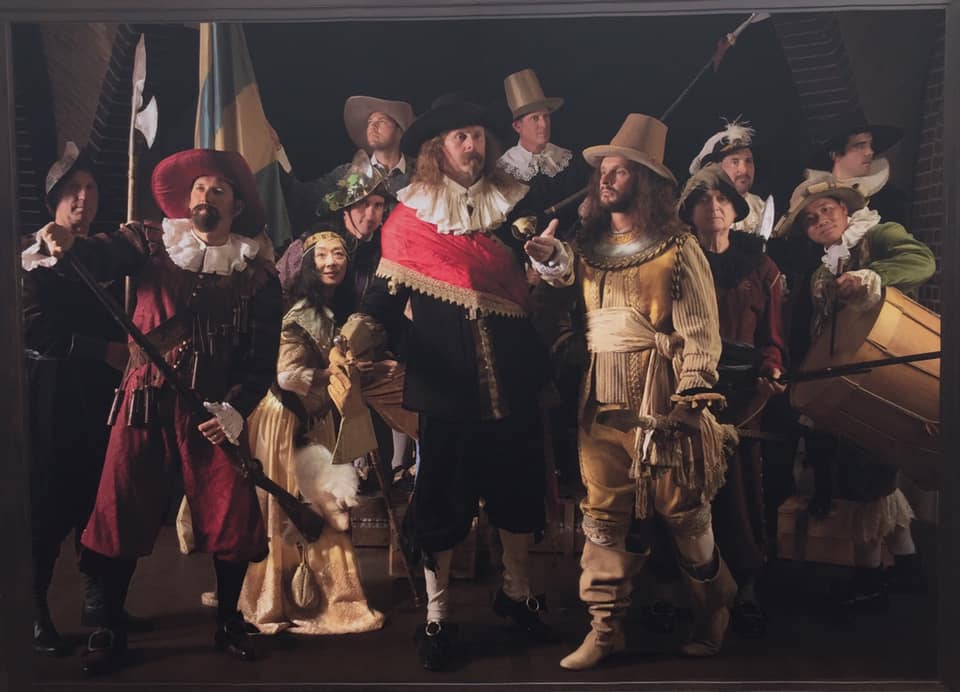 The Royal Dutch Golf Federation (NGF) has been unable to express its recognition of the importance of the Dutch Golf Museum better than by giving this exchange cup a permanent place in the museum.

Only once a year, in September when the international open Dutch Golf Championship is played again, the cup temporarily moves to the course where that tournament takes place. To return to her place in the golf museum after the award ceremony and the engraving of the new winner. During the tournament you can take a picture with the Dutch Open cup (see images 6 and 7)

The tournament was a century old in 2012, but celebrated due to the two world wars, in which no play was played in 2019 only its hundredth edition. At the same time as the 100th anniversary of its then main sponsor KLM. The field of participants was still modest in 1912. In 2012, because of the two world wars, there were not 100 but 93 winners.

On the occasion of the 100th anniversary in 2012, these winners were put on a board that was offered to the NGF by KLM and TIG Sports (This Is Golf) (see figure 5).

On the occasion of the 100th edition in 2019, following the example of Rembrandt van Rijn’s Night Watch, a large painting-like photo was made in the Rijksmuseum in Amsterdam with some former winners of the Dutch Open (see image 8).

Since 1972, the competition has been part of the European PGA tour. The KLM Dutch Open is not only one of the oldest tournaments on the European Tour, it is also the oldest international sports tournament in the Netherlands.

The tournament had eight times a Dutch winner:

In 1927, the current cup was made available on the condition that this cup will never become the property of a winner.

The cup here is a replica of the original cup, which is located at the NGF. It is the replica from the Dutch Golf Museum that is awarded annually.