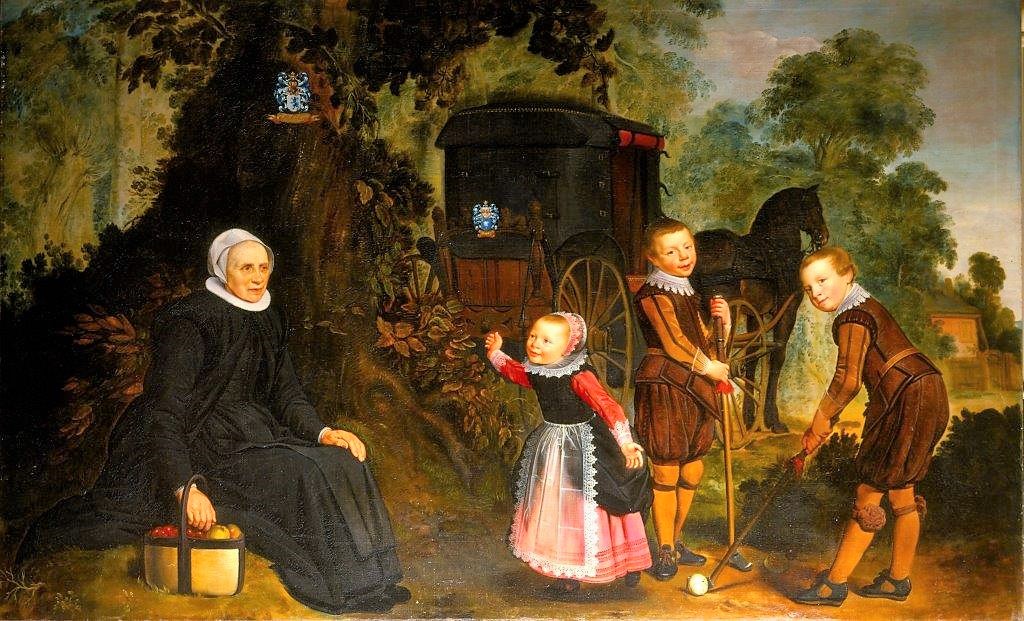 The replica in the museum is smaller than the original that hangs in the house of the Six family on the Amstel in Amsterdam. In this painting is grandmother Tulip, Gerritgen Dircksdr. Poelenburgh (1550-1630) to watch the colfspel of her three grandchildren Pieter (1618-1645, Egbert (1619-before 1643) and Catharina (1622-1664) Tulip.

The painting contains a number of remarkable details.

For example, the carriage of the Tulp family has wheels, while in those days in Amsterdam carriages were not allowed to have wheels. This is because of the danger of subsidence of the houses due to the vibrations that the wheels would cause. All carriages in Amsterdam were therefore equipped with gliders. But there was an exception to that. The mayor and the surgeon, but only they, were allowed to enjoy the comfort of a carriage with wheels.

The carriage in this painting belonged to father Tulp, the famous surgeon Dr. Nicolaes Tulp, who was later painted in 1632 by the then 25-year-old Rembrandt van Rijn in his ‘anatomical lesson’.

A second peculiarity – and important for golf history – is that the two golf balls of the two golfing boys are marked. That means that at that time people were already playing with their own ball.

And apparently the boys are really playing, because as you have undoubtedly noticed, unlike the posing children on portrait paintings, they do not wear obstructive dresses here, but clothes in which you can play nicely.