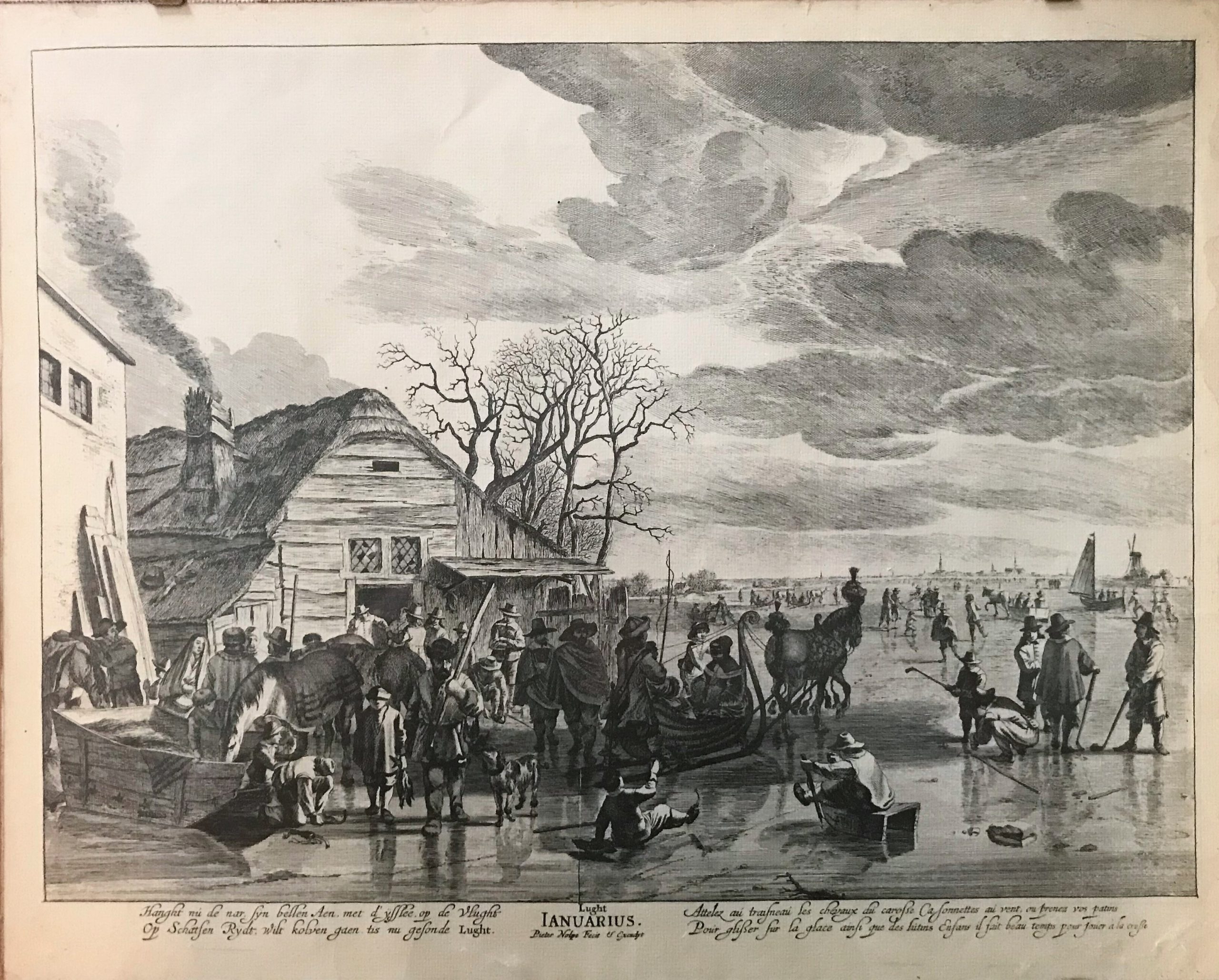 Winter view
“Lught, Ianuarius” – etching and engraving made by Pieter Nolpe between 1633 and 1653. Later colored by hand. Dimensions: 40.4 x 52.3 cm.
At the bottom of the margin a two-line verse in Dutch and in French:

The print comes from a series of different months, which also depict an element or season.
The month is January, air is one of the four elements as we characterize it in the West: fire, water, earth and air.
On the ice one entertains themselves with pumping, sledging and ice sailing. In an outstretch, people tie their irons under. We see a duck catcher with his loot, accompanied by his son and dog. A boy goes down. In the sleigh, ladies are well wrapped against the cold, the hands in a sleeve, a mask for the face, the horse that pulls the sled is richly decorated.

The Biographical Dictionary of the Netherlands (1868) and the History of Fatherland Painting (1816 – 1840) report on the artist:

Pieter Nolpe (Amsterdam ± 1613 – ± 1653) “on whose engraving the Hollansche School may also boast, was a contemporary and compatriot of Suiderhoef”. Nolpe “born in ‘s Hage, was an excellent engraver and distinguished himself by a fixed cut and a picturesque effect.”

“We only know this artist from his own works, which were made by him. The most important of these are eight large Prints, such as: a Veldgezigt, Strandgezigt, Winters-representations and a Koestal imagining from the inside: most of which, upholstered with sturdy sculptures and beasts, after the extensive paintings of P. Potter, are very artfully followed with the etching needle and the engraving iron.”