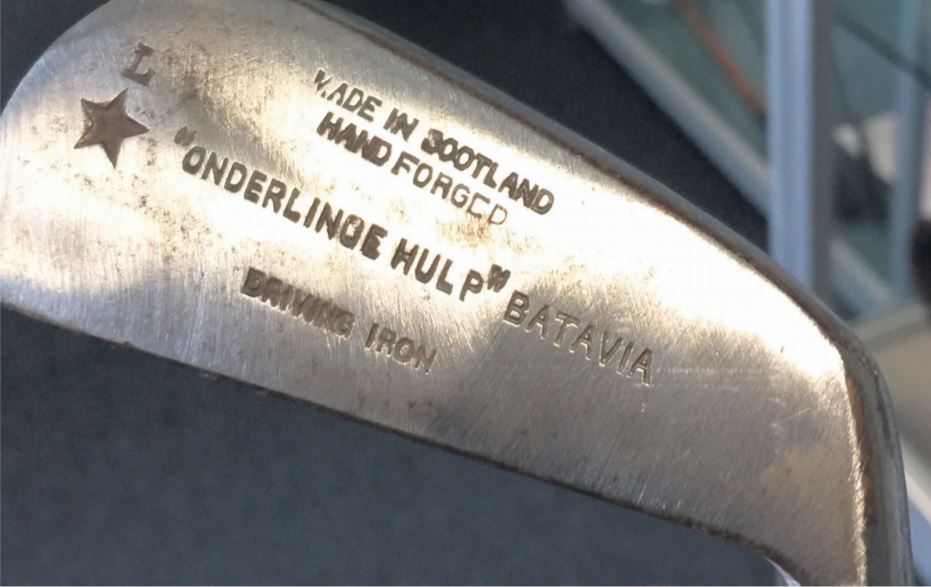 In the Dutch Golf Museum several clubs from the collection of Iain Forrester are exhibited. Among other things, these two golf clubs, originating from Batavia Indonesia, were given on loan by him.

“The first course there is from 1872, twenty years before contemporary golf was played in the Netherlands. The clubs that Iain Forrester found on Marktplaats were made around 1910 and belonged to the Dutch owner of a tin mine in Batavia. This man was also the owner of Onderlinge Hulp, a well-known retail chain at that time. What makes them special is the Dutch text on the clubs and the fact that they are very self-sufficient.”