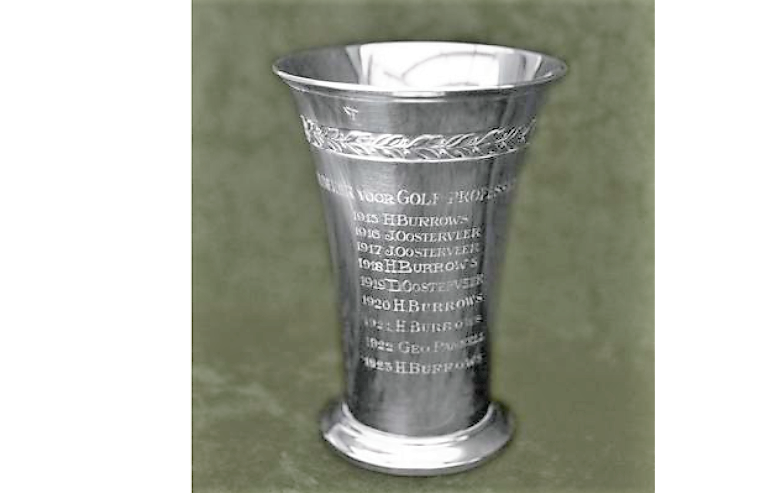 The first cup of the Open Dutch Championships for Golf professionals, the Dutch Open was a small beautifully styled cup.
After the Englishman Henry Burrows had won the cup for the third time in 1923, he was allowed to keep the cup and a new cup came the following year.

In 1915 and in 1918 Burrows was already the best professional, but the Dutch Open was still won by Gerry del Court van Krimpen and Florent Gevers respectively as an amateur. In the early years of The Open, professionals were allowed to participate, but the title went to an amateur.

The cup won by Burrows became known as the Burrows cup.
Fortunately, the cup remained in the family. In 2009, descendants of Henry Burrows decided to donate the trophy to the Dutch Golf Federation in exchange for an exact replica. The NGF loaned the original cup to the Dutch Golf Museum in 2019.