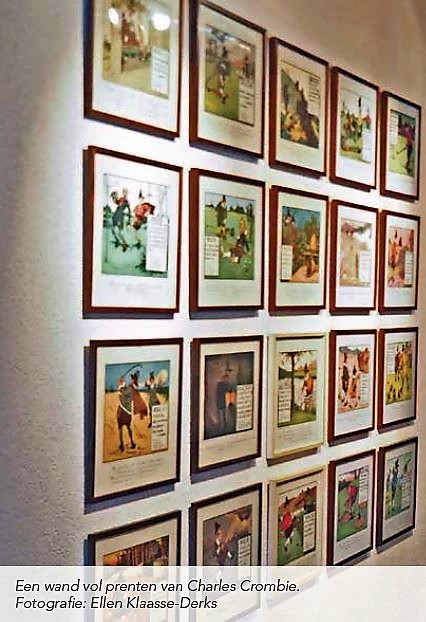 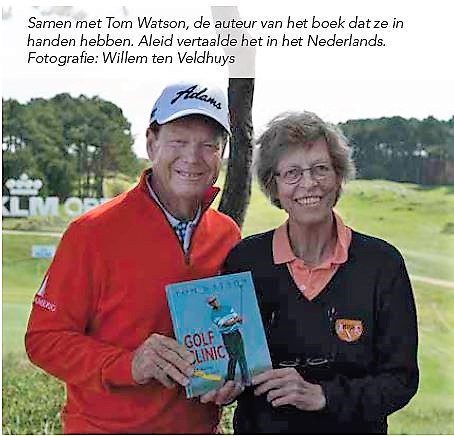 That golf should be played with a sense of humor and a sense of relativity is evident from our collection of drawings about The Rules of Golf.

Take a moment to let them sink in. And keep in mind that recently the rules have changed again and the soup is not eaten as hot as it is served, except for the very good players during matches and for the very bad players when it is not about anything.

It is the stories behind the objects that bring the Dutch Golf Museum to life. From people who can tell about the past and present. Seventy-four-year-old Aleid Kemper, an avid collector of golf books and prints, of which she has given a number of copies to the Dutch Golf Museum on loan. She recently had it recorded at the notary that they will remain in the possession of the museum after her death.

“What’s so much fun about collecting,” she wonders aloud. “At one point I went on an organized book trip to England, in which various antiquarian booksellers were visited. When the tour leader asked me what my specialty was, I thought on the spot that they had to be golf books.” That’s how the seed was planted. The meter-long book wall in her living room, which, in addition to literary works, mainly contains golf books, is the silent witness of that hobby that got out of hand.

Love for rules
After Kemper discovered golf at the age of twenty-six, she became particularly interested in the rules. “At the end of the sixties, the golf rules here in the Netherlands were not yet so clearly described. If I asked people from the golf world what the background of a rule was, no one could give me a decent answer.”

Out of dissatisfaction with that state of affairs, she ordered ‘Decisions on the Rules of Golf’ from St. Andrews Golf Club in Scotland. That became a kind of Bible for her. “You got an addition every year, because those rules were constantly adjusted based on situations that had not occurred before,” she explains.
She owes her love for golf mainly to her parents, who both played golf fanatically.

From the moment they discovered that sport, it was only about that at home.

Legacy
She doesn’t miss playing golf, but little has replaced it, so she sometimes feels like she’s wasting her time. “But oh well, maybe it’s also part of this age phase and I now have more time to follow all current events,” she sighs. And then she always has her books, one of which she regularly pulls out of the closet.

And the prints by Charles Crombie, which hilariously refer to the rules of golf. She can still laugh about it and points to a print showing how a golf ball ended up in the middle of a beehive. ‘Play the ball as it lies’, reads the caption. “Play the ball the way it is, I think that’s the most beautiful golf rule. All those exceptions only make it complicated.”