The golf buttons of Yvo Melis 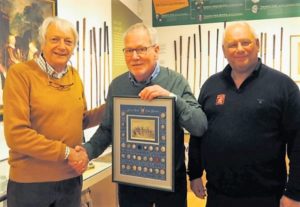 There are no less than four boards with more than a hundred shiny wave buttons that Yvo Melis has lent to the Nederlands Golf Museum. The result of years of searching.

As far as he has been able to trace the origin, they are provided with a handwritten caption. “I already collected various types of knots, but it wasn’t until I started playing golf that I started to expand that to wave buttons,” he says.

His search, which has been going on for twenty years, yielded three categories of wave knots: price knots, Gilt buttons and
fashion buttons.
“The prize buttons were awarded for tournament victories or as an award for special merits,” he says. “They are usually made of silver and have an inspection date and the name of the maker, so you know in which year and where they were made. They are the most pricey knots. 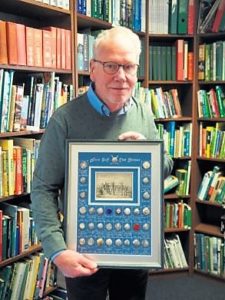 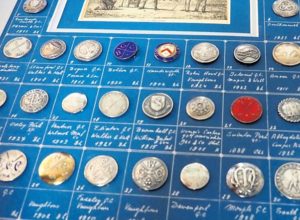