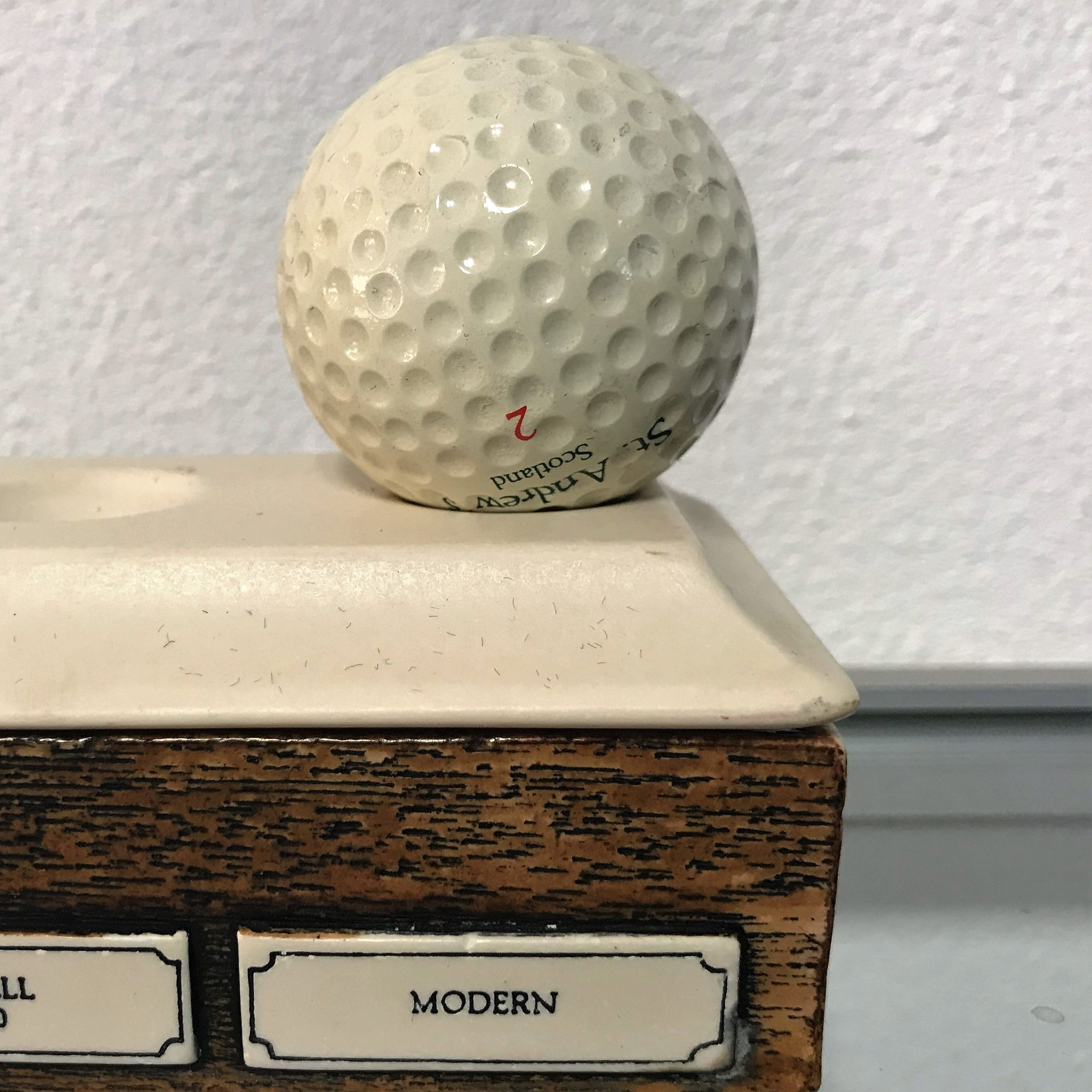 In times of scarcity, the purchase of golf balls was organized centrally. One of the first tasks of the Dutch Golf Committee, founded in 1914, was to guarantee the influx of golf balls during the First World War. Ernest Cremers van de Noordwijksche (founded in 1915) consulted with the Nederlandsche Overzee Trust Maatschappij , which guaranteed the warring parties that all goods imported by Dutch shipowners were for domestic use.

With success: golf balls were purchased centrally by the NGC and distributed among the clubs via a distribution key.

In the 20th century, multi-layer balls were created, allowing manufacturers to determine the properties of their ball even more accurately. The current generation of balls often contains a rubber core surrounded by one or more layers of synthetic material and a fixed number and pattern of dimples.