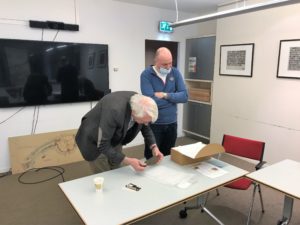 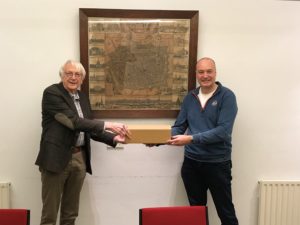 On 17 February 2022, the board travelled to Leiden to receive the Scottish clique on loan.

A unique piece from the period 1650-1750. The painting “Sinterklaasfeest” by Jan Havicksz. Stone (see photo below), which depicts the clique with a striking resemblance, is dated around 1668.

At the beginning of 2017, the archaeological department of the multidisciplinary engineering and consultancy firm IDDS in Noordwijk found a wooden find with unknown use in the “third filling” of a well on the corner of Groenesteeg and Lakenplein in the center of Leiden.

From the secondary finds, this wooden object could be dated after research in the period from 1650 to 1750. Soon the find was associated with the game of golf, but because no Scottish clique had ever been excavated in the Netherlands, it took a while before the meaning of the find became clear.

In the meantime, the monument value has been recognized and the Scottish clique has been preserved at Erfgoed Leiden en Omstreken.

And now the Scottish clique can be visited next year in the Dutch Golf Museum! 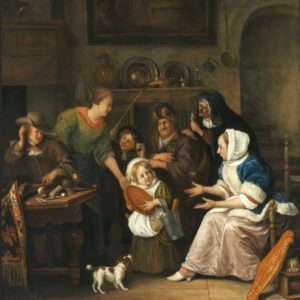