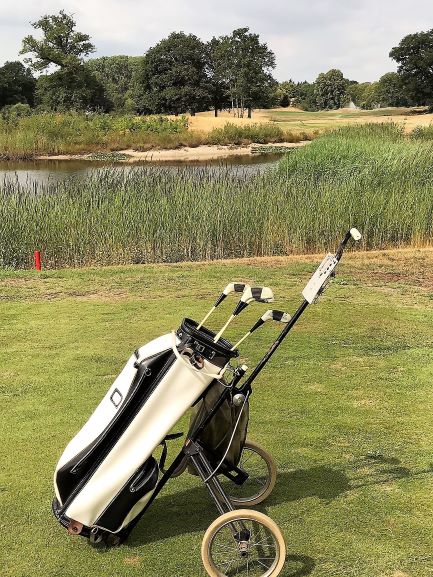 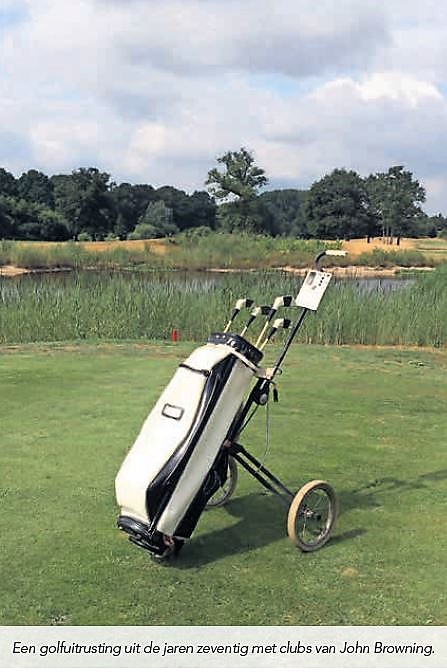 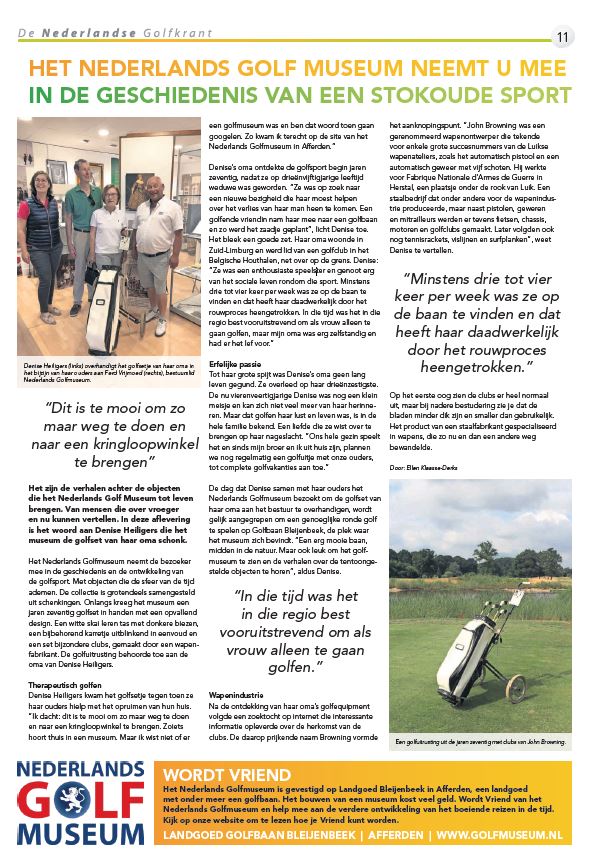 Recently, the museum got its hands on a seventies golf set with a striking design. A white skai leather bag with dark piping, a matching cart excelling in simplicity and a set of special clubs, made by a weapons manufacturer.
The golf equipment belonged to Denise Heiligers’ grandmother.

Arms industry
After the discovery of her grandmother’s golf equipment, a search on the internet followed that yielded interesting information about the origin of the clubs. The name Browning was the starting point. “John Browning was a renowned weapons designer who drew for some major successes of the Liège arms workshops, such as the automatic pistol and an automatic rifle with five shots.

He worked for Fabrique Nationale d’Armes de Guerre in Herstal, a town near Liège. A steel company that produced for the arms industry, but in addition to pistols, rifles and machine guns, bicycles, chassis, motorcycles and golf clubs were also made. Later, tennis rackets, fishing lines and surfboards followed,” Denise says.

At first glance, the clubs look very normal, but on closer inspection you can see that the blades are less thick and narrower than usual. The product of a steel manufacturer specialized in weapons, which occasionally takes a different way.