Peter Marsden, former R.A.F. pilot, married to a Dutch woman, was the son of the late R.W. Marsden, but has since died himself. After the death of his father he found an attic full of old golf sticks, all with special features, unfortunately not with dates, but that is being sorted out. He donated everything to the Netherlands Golf Museum on 22 March 2017.

A stick or twenty, he thought. There were only more than 50 of them, from his father’s inheritance. We made a separate wall for it with all the irons on one side and the goldfinches and the drivers on the other side. 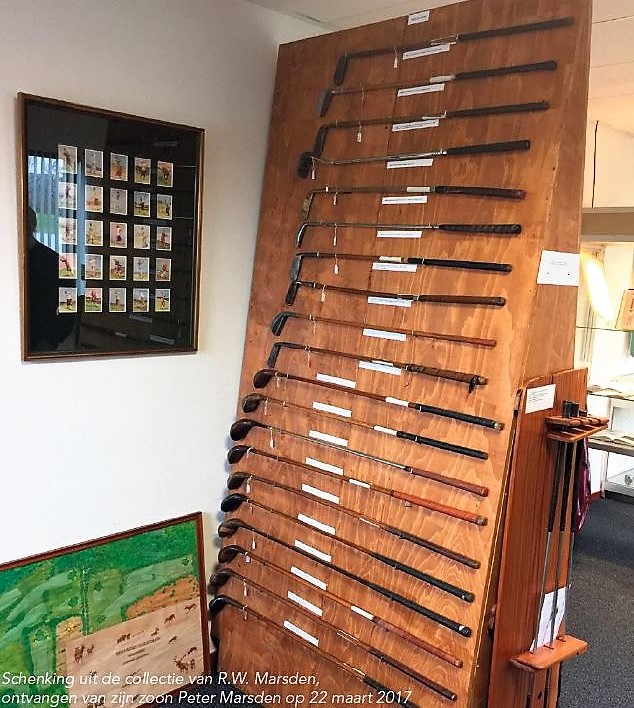 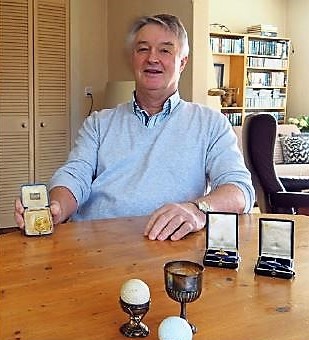 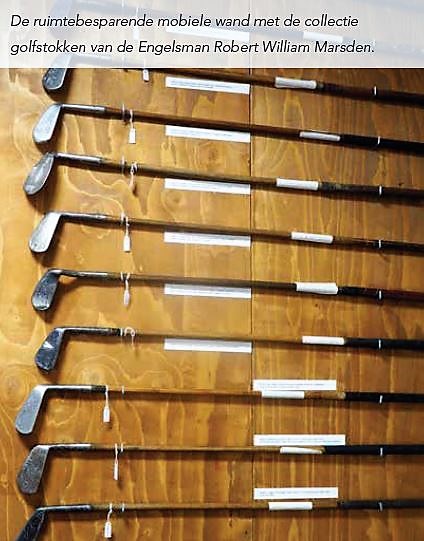