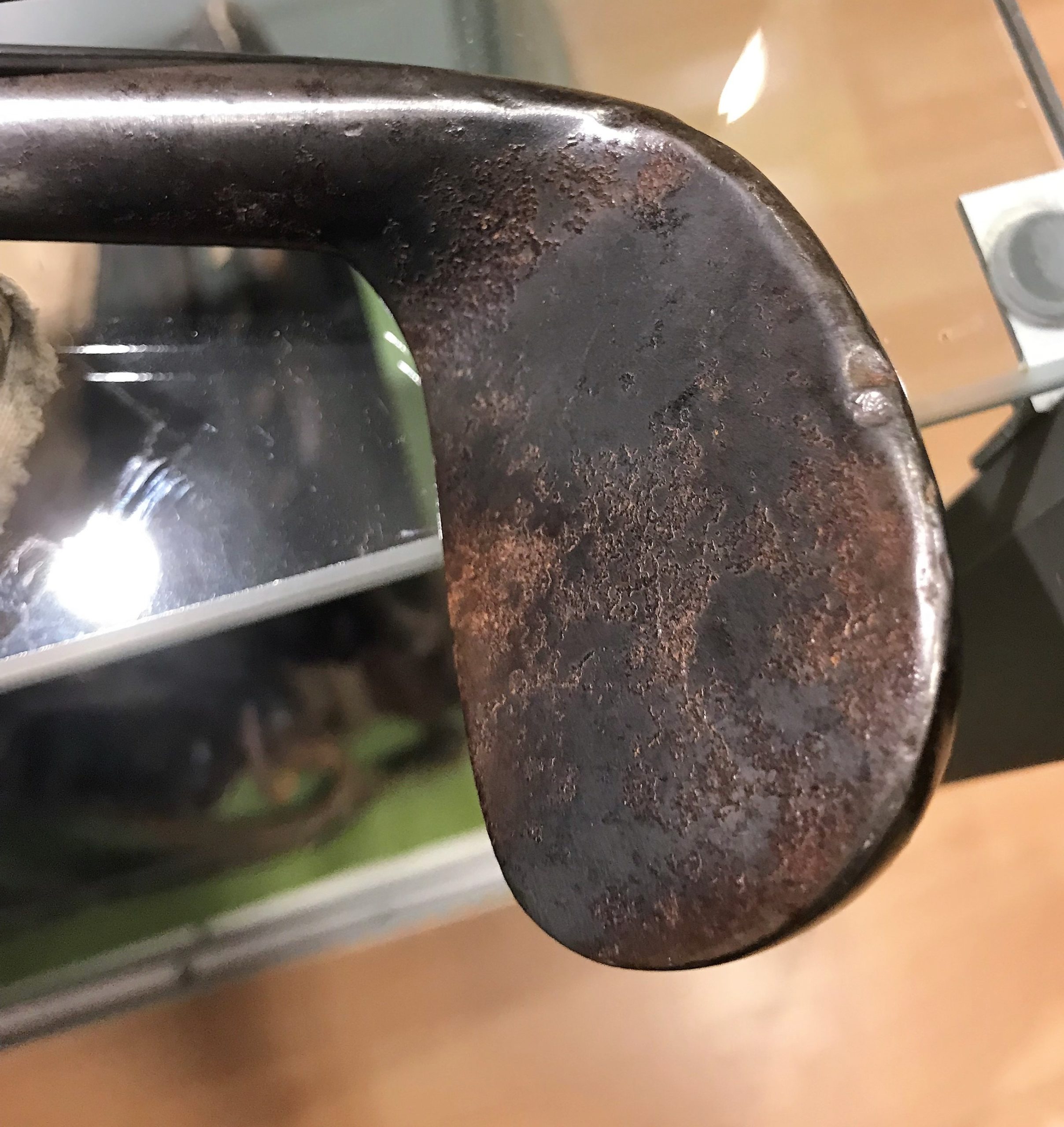 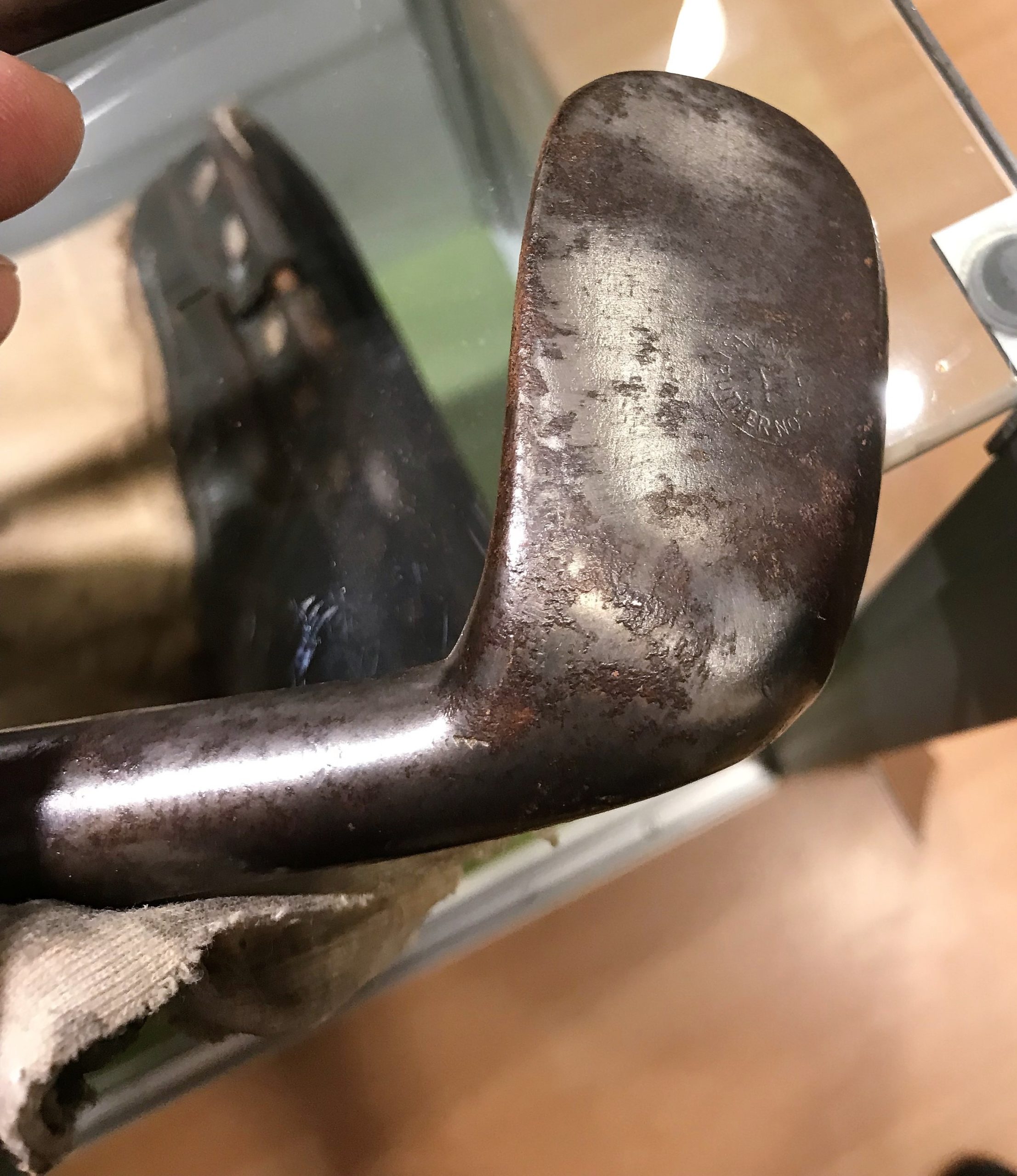 Around 1885-1890 there were many different iron designs and less wooden in the sets of sticks. The iron club heads were more robust and therefore more effective. In the beginning still without relief, but at the beginning of the 20th century with relief.

One of those sticks was the rut niblick. Striking with this stick is the small club head. A niblick is similar to a current iron 9 or pitching wedge. Rut meant wagon track. At that time, the golf courses were not as well-kept as they are today. So if the ball had ended up in a wagon track, the rut niblick was used to knock it out.

According to the British Golf Museum: A very collectable item. The Dutch Golf Museum has several rut niblicks in its collection, including two special sticks. One of these two sticks is the aforementioned stick of Count Sjuck of Limburg Stirum. This stick was in the oldest bag also mentioned above and is still in it today.