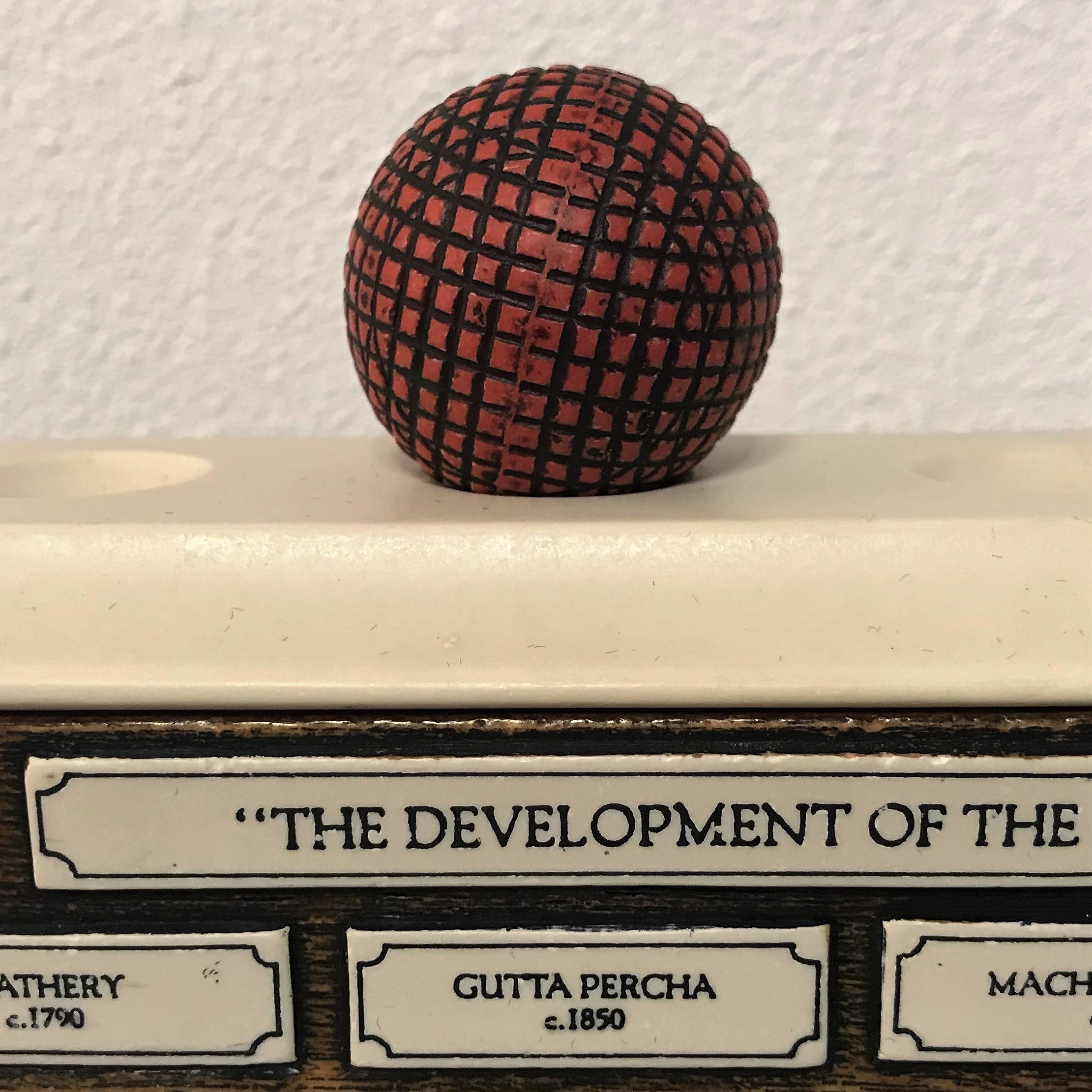 When modern golf began to be played in the Netherlands, the so-called Gutta Perchabal, or gutty for short, was used. This ball had replaced the feather ball or ‘feathery’ in the mid-nineteenth century because of the cheaper cost price and better flight characteristics.

It was soon discovered that the balls with butses in them flew better – the gutty bramble, after the pattern on a blackberry. However, the transition from one ball to another was not without a struggle. Balmakers feared for their source of income. Allan Robertson, a famous ball-maker, fired his possibly even more famous pupil Tom Morris standing up when he saw him playing with a borrowed gutty for lack of featheries.

However, the revolution was unstoppable. Morris and others began to make iron clubs – replacing the wooden clubs used until then – that were better suited for approach shots of the fairway. Moreover, the gutty also brought the game within reach of the slightly less fortunate.