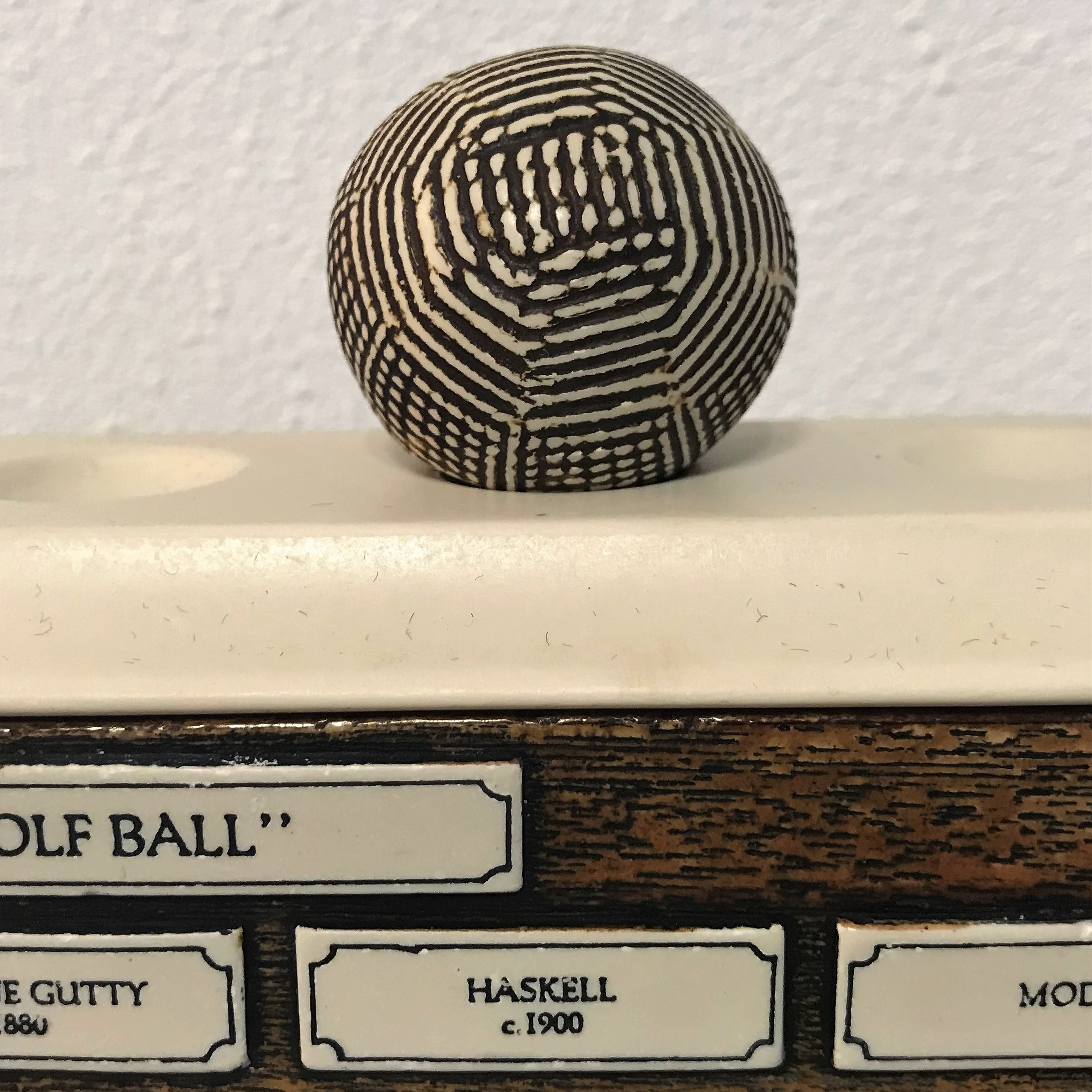 In the Netherlands, clubs, players and professionals imported the gutty’s from England and Scotland. At the club, members could buy balls from the professional. Caddies who found balls regularly tried to sell them to golfers.

But this was opposed, for example by the board of the Haagsche: ‘The behaviour of the caddies is generally not favourable. As a measure to improve, it is decided that board members will have the right to impose a fine of no more than F 0.10 on the caddies.’

Caddies had to hand in the balls to the pro who could sell these second-hand items at a reduced, fixed rate. He could transform damaged balls into perfect ones at his own expense.

In 1898, a Cleveland golfer designed a new type of ball that would bear his name: the Haskell. Coburn Haskell had rubber wire wrapped around a solid rubber core and with that the new ball was born. After a number of years, in 1908, the well-known dimple pattern came into the ball with which the aerodynamics were perfected.

The golf ball revolution sometimes reached the Netherlands in special ways. On the waves of the North Sea, the newest balls quickly arrived in the Netherlands. On the coast near Callantsoog, where the private course of the Del Court and Van de Poll families was located, golf balls sometimes washed ashore.

‘The old guttie ball was a floater. Many were beaten in the sea or burned, which after some time were applied by the sea at Callantsoog. That this did not take much time, it turned out that only a few months after the Haskell ball had appeared, a specimen had already washed ashore at Callantsoog. When the modern balls no longer floated on the water, the supply soon became smaller and for many years, to my knowledge, no golf ball has washed ashore.

Thirty or forty years ago, between 25 and 50 balls were placed with my father by beachcombers. The balls were usually still in very good condition and many did not even need to be repainted.’