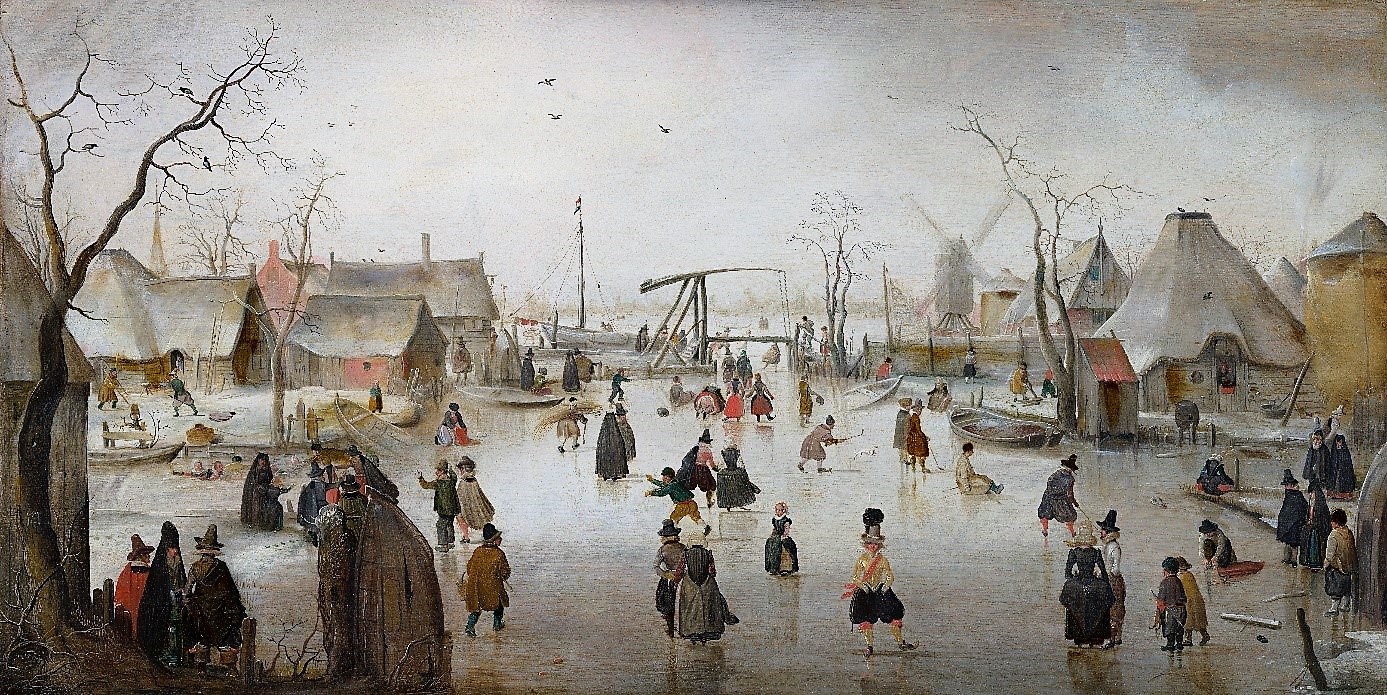 Hendrick Avercamp was born in Amsterdam in the winter of 1585. At a young age he moved with his parents to Kampen. He lived most of his life in Kampen and because he was deaf and dumb he was also known as the Mute of Kampen.

At a young age, Avercamp became proficient in drawing. It is suspected that he later made many of his winter paintings based on sketches he had made in the winter.

Avercamp was the first painter in the Northern Netherlands to specialize in winter landscapes. He mainly painted ice scenes and many with flask on ice. The painter’s winter works are famous both at home and abroad. Nowadays, winters do not always provide ice fun. Avercamp could have his fun in his time. He lived in the Little Ice Age (circa 1550-1850), as a result of which canals, lakes and rivers were regularly covered with a solid layer of ice.

With his works, Avercamp not only gives a picture of the ice fun, but also of everyday life during the long, cold winters. For example, he painted a lumberjack who has to heat his house and a woman who does the laundry in ice-cold water.

When we see snowy fields, roofs and streets, we quickly speak of a typical old Dutch atmosphere. An atmosphere that Avercamp perfectly reflects. His paintings show this typical Dutch phenomenon from the time when winters were still very strict: ice fun. People enjoyed themselves with skating, sledging and the pumping game, where one had to hit a pole or something similar, because a hole in the ice obviously did not work.

Hendrick Avercamp always incorporated a number of jokes into his paintings. This is also the case in this painting IJsvermaak from 1610.

On the left, a group has sunk through the ice, but help is already coming. Just before the bridge, a woman has fallen forward so that you can see her bare buttocks.

The larger painting hangs in the Mauritshuis.