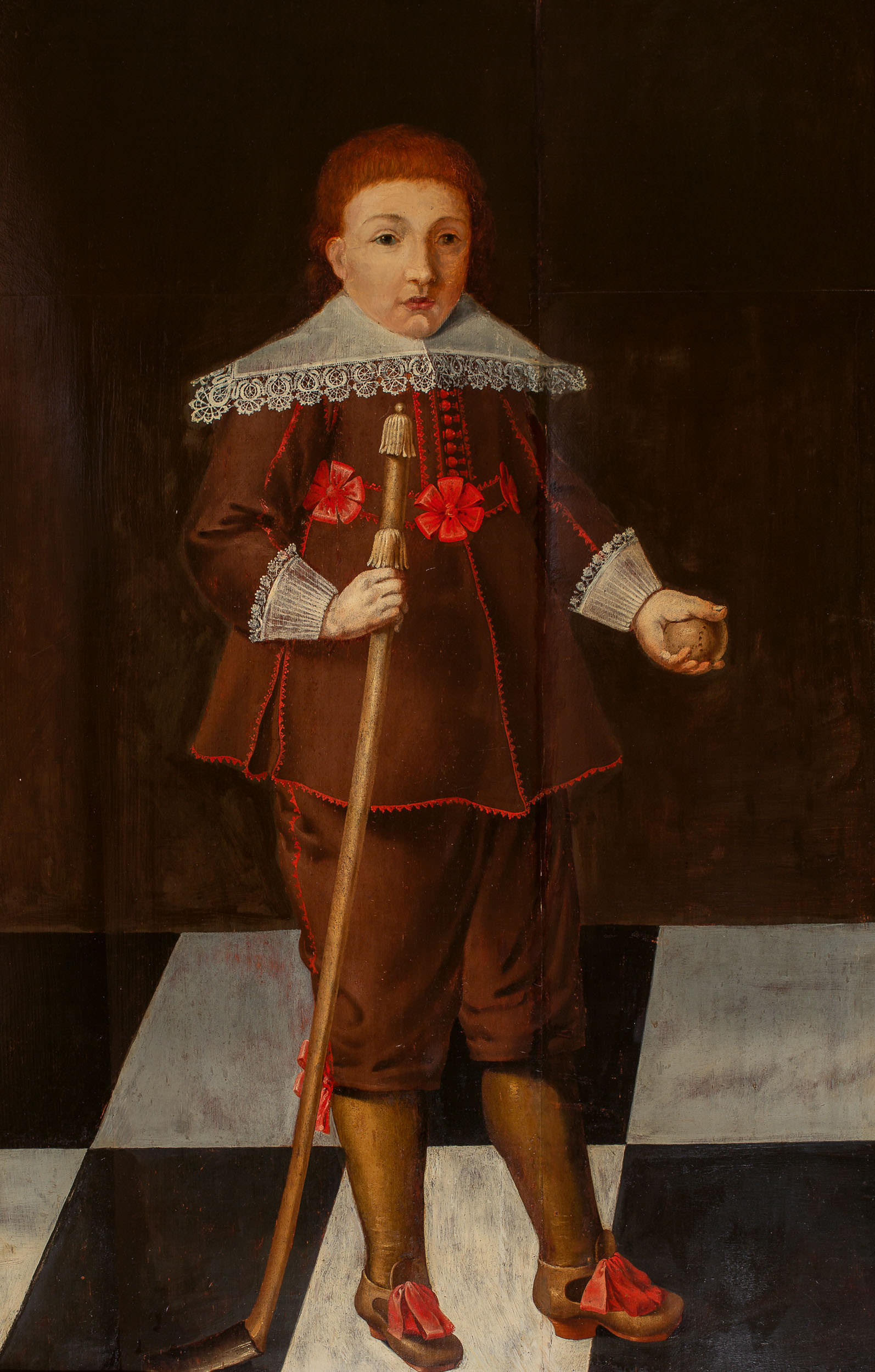 The anonymous painter was possibly a pupil of Paul Moreelse.

At that time, many wealthy people had their children paint. Not only to show their wealth – see for example the beautiful turtleneck stick in the painting, the lace collar and cuffs and the rosettes on the shoes – but also because of the high infant mortality rate. In this way they still had a lasting memory of their children.

The lace collar also tells us something about the period. First there was the millstone collar, also called pipe collar, pleated collar or lubben collar, a round collar of pleated fine linen batist, later decorated with lace. These collars were initially small, stiff and regularly pleated, but over the years they gradually became larger, messier and more decorated. Fashion came to an end around 1630 when the clumsy millstone collar had become passé. Daarna werden modieuze, platte liggende kragen populair. Zo’n kraag zien we op dit schilderij.

The collar had to emphasize the status of the wearer. The expensive collars were worn by the well-to-do and were popular with both men and women.

A lot of symbolism can be seen in this painting. The colfstok stands for a good upbringing and the red roses symbolize the Duchy of Guelders, of which Afferden was a part at that time. The execution of the stick, the shoes and the collar say something about the degree of well-being.