Golf is not a Scottish invention but a Dutch one, there is some evidence for that. But true or not, the Netherlands didn’t even have a golf museum. Thanks to the efforts of John Ott, that is a thing of the past.

The Dutch Golf Museum was opened at the end of April by, among others, Robbie van Erven Dorens, former organizer of the Dutch Open, and Jan Dorrestein, one of the best golfers the Netherlands has produced. The permanent exhibition is housed in a space of the pavilion of Golf Course Landgoed Bleijenbeek in Afferden in North Limburg. Bleijenbeek is the first Dutch course that is part of a national park: De Maasduinen.

The idea for the golf museum came from John Ott, a friend of Gerrit-Jan Vink and his son Dirk-Jan, the owners of Bleijenbeek and Golfbaan Landgoed Welderen. The 71-year-old Ott tapped into a link between golf and Afferden. “At the opening of the course twelve years ago, architect Gerard Jol had spoken about Pieter van Afferden,” he says. “This humanist scholar from Afferden described the rules of golf in a textbook as early as 1545.

For Heiner Gillmeister, a sports historian at the University of Bonn, this was the most important evidence that golf originated in the Low Countries. Gilmeister’s view was adopted by the Encyclopaedia Britannica in 2002. The Scots always take credit, but the origins lie in the Low Countries.”

Ott visited Gilmeister in Bonn and one thing led to another. In 2014 Bleijenbeek organized a symposium on Afferden as “the cradle of golf”, now the course houses the Dutch Golf Museum.

The chairman of the museum foundation got stuck in his project, he travelled city and country – including Scotland – to convince organisations and people that the museum is more than a commercial ploy to put Bleijenbeek on the map. “I believe in personal contact and have spent a lot of time meeting and conversations,” ott says.

The result is a fine collection and support from the Royal Dutch Golf Federation. Dirk-Jan Vink, the owner of the course, is proud: “The Dutch Golf Museum fits in with our philosophy of an open golf course. There is walking and cycling here, you can stay with a camper at Paviljoen Bleijenbeek, there is a castle ruin and the pavilion with restaurant is accessible to everyone.” 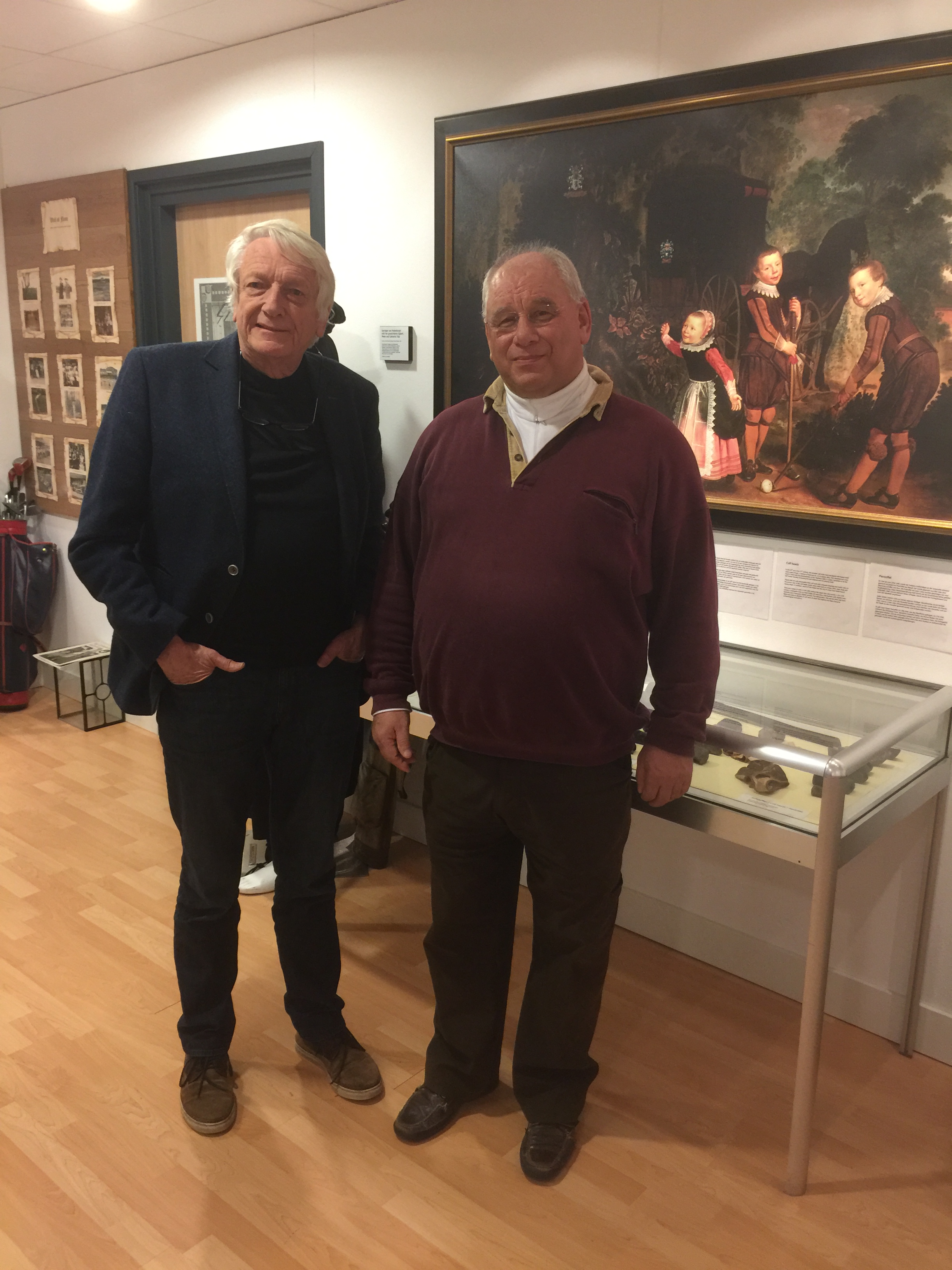 The collection consists of pieces from private collections and items that were on display in the Hague Historical Museum in 2014, on the occasion of the 100th anniversary of the NGF. In the early days, the sport was practiced on the street, in the free field and on ice and on the basis of replicas of paintings, images, texts and objects, the visitor is guided through the history of the sport.

The collection consists of old clubs, bags, carts, golf clothing pieces, balls, clippings, posters, tiles and books, including a replica of Pieter van Afferden’s textbook Tyrocinium Linguae Latinae. One of the highlights is the change cup of the KLM Dutch Open; with the establishment of the Dutch Golf Museum, this cup from 1920 has found a permanent place. Also special are lead golf slippers from the 17th century, which served to aggravate the clubs.

Some organizations and private individuals give items on loan. For example Romana Oosterbeek-Airoldi. “She is the widow of Herman Oosterbeek, co-founder of Golfclub de Lingewaelsche. He wanted to start a golf museum himself, but that never happened again.”

There are also pieces coming to the museum via golf clubs. “Clubs like Driene, the Rosendaelsche, Veluwse and Haagsche give up business, we really appreciate that,” says Ott. “For example, Golfclub Driene gave us bogey boards, tee boards from the time when par did not yet exist and bogey indicated the difficulty of the hole.” 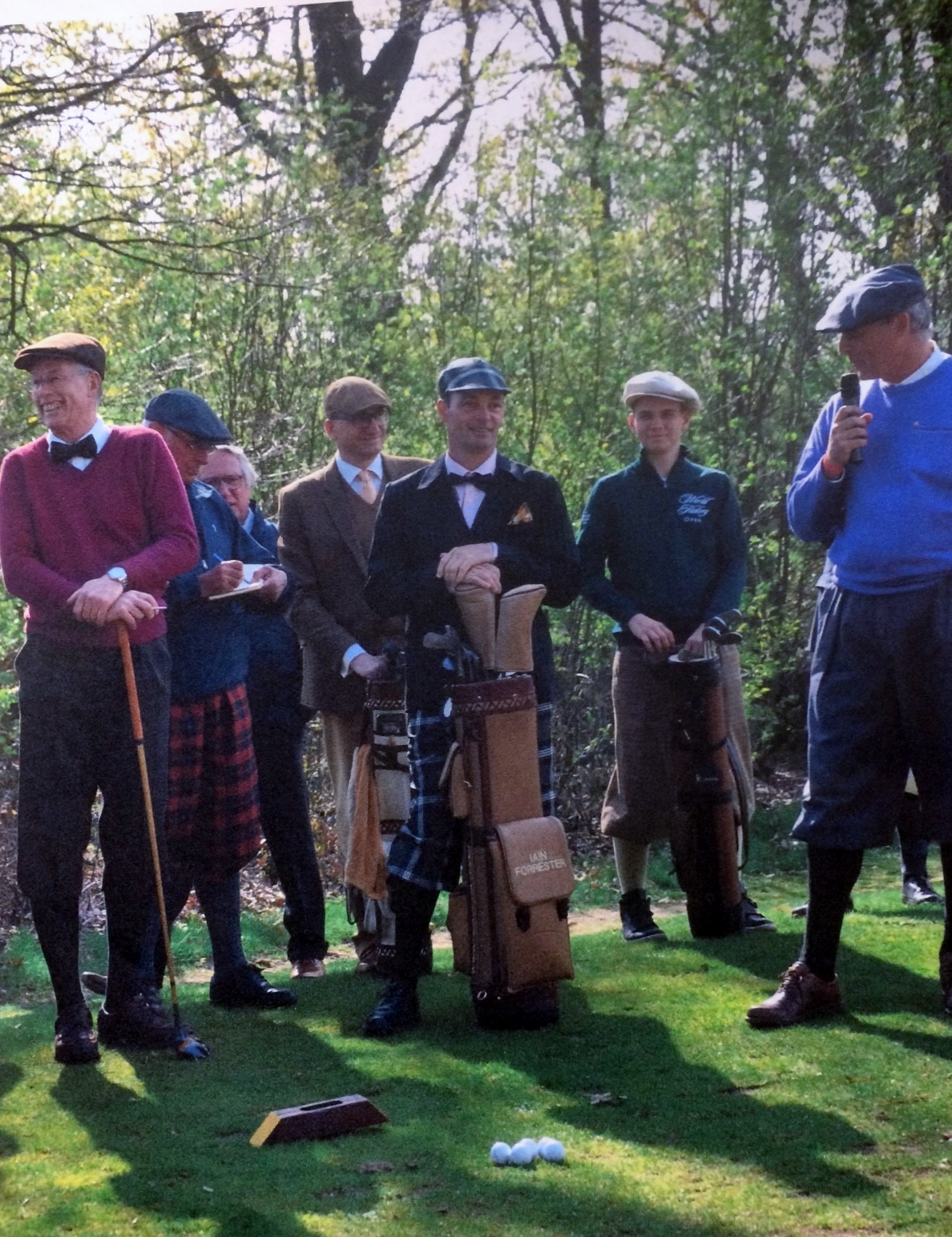 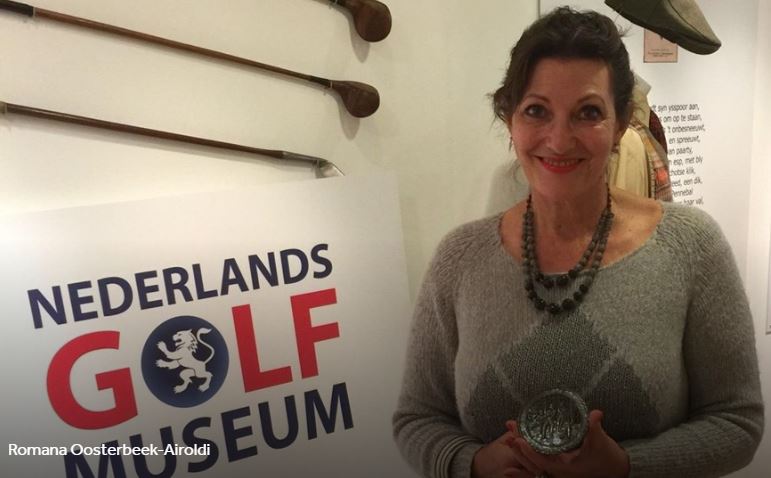 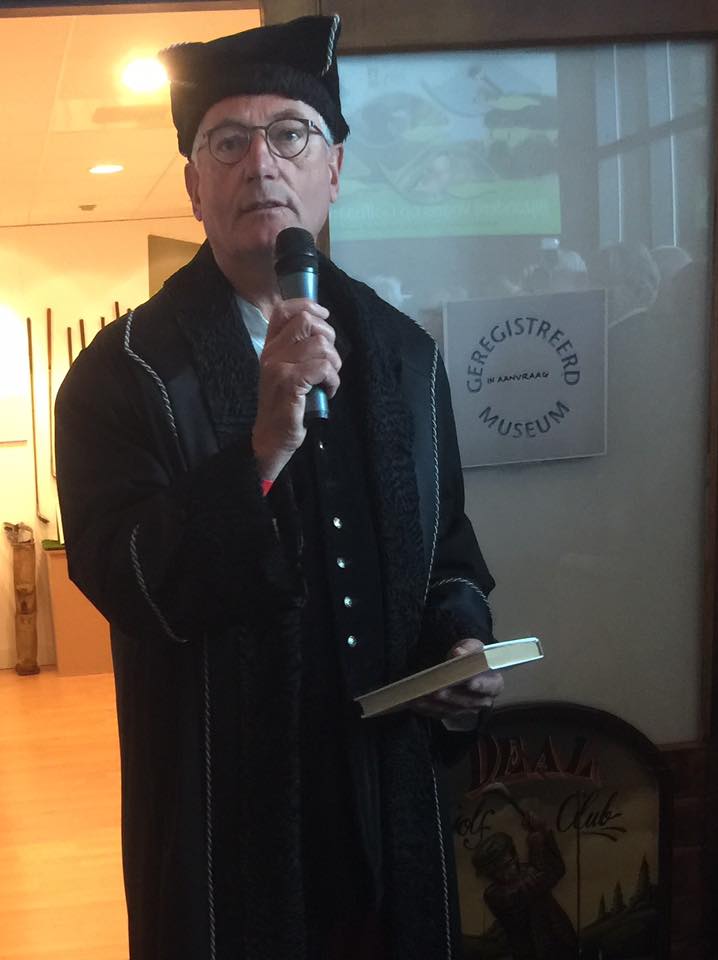