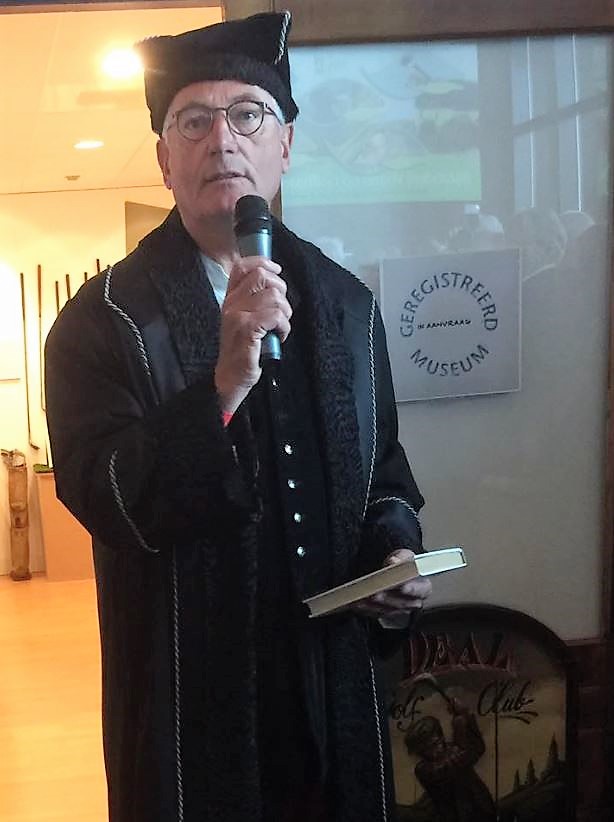 This is Petrus Apherdianus van Afferden. He was born around 1510 in Wageningen as Pieter van Afferden, because his father, Willem van Afferden, originally came from Afferden in Limburg, at that time belonging to the Overkwartier of Guelders.

Apherdianus was a humanist, chief regent of the house of the Brothers of the Common Life in Harderwijk and rector of the Latin school there. Apherdianus published several works, the most important of which for us golfers is “Tyrocinium linguae Latinae”, or Latin for newcomers.

A Latin textbook according to his own method in which he described everyday things so that learning was easier for his students. He taught Greek and Latin in Haarlem and Amsterdam and his method turned out not to be so crazy, because his textbook was used in the teaching of Latin in many schools for a very long time and was even reprinted in 1635.

This booklet contains a chapter in which rules of the later game of golf are described in detail for the first time. More about that at the Tyrocinium. Petrus Apherdianus died in 1580 or possibly a little later.