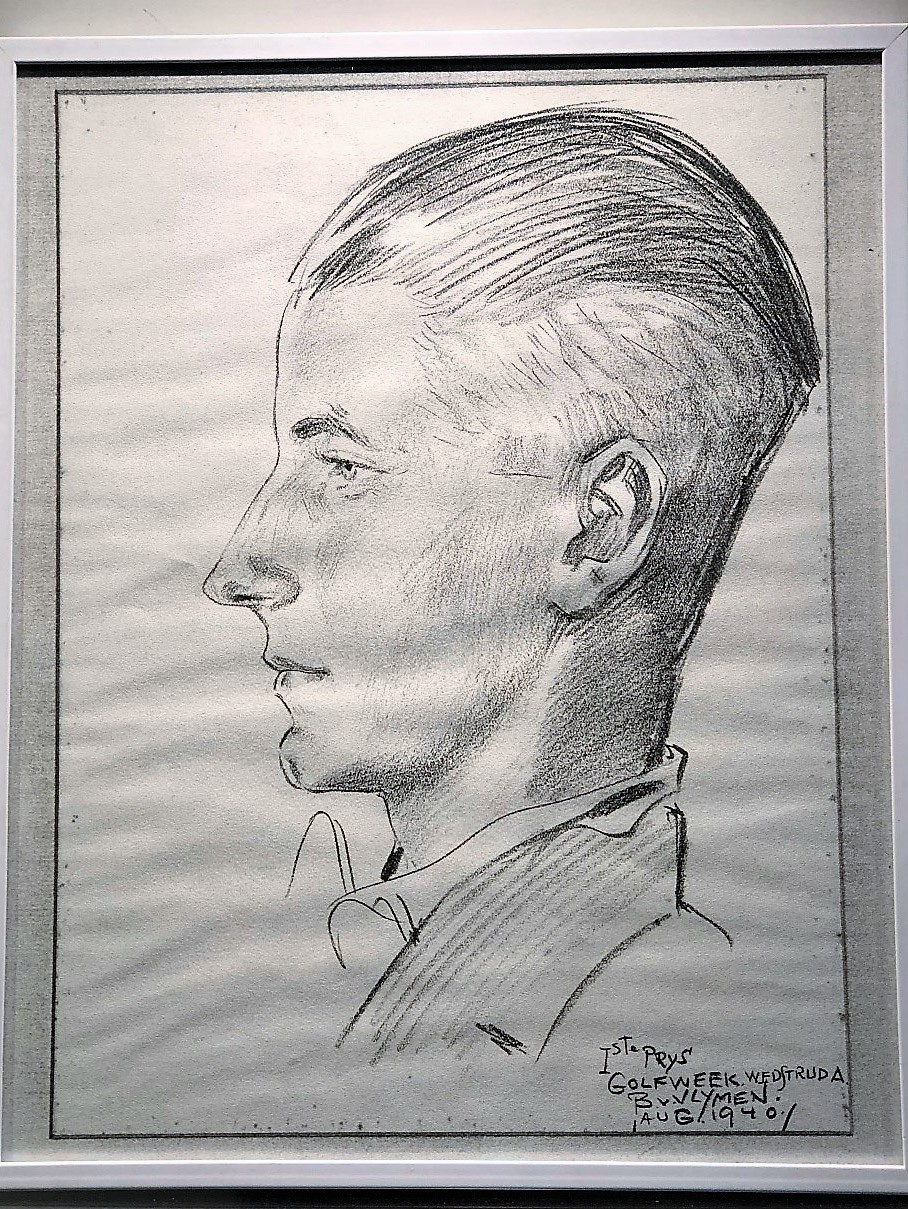 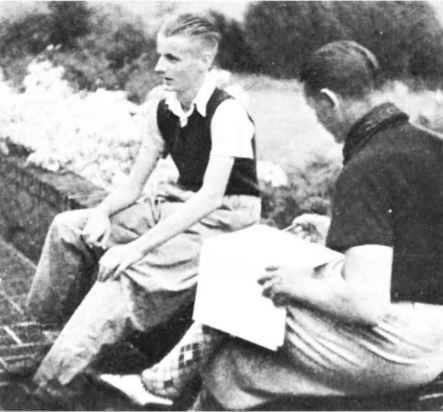 Bernard van Vlijmen senior moved with his family to Schijndel in 1895, Bernard Jr. lived and then worked in Amsterdam until 1940. Then in Naarden and since 1963 in the Italian Bardolino.

He was a pupil of the Rijksnormaalschool (signing the deed) and of the Rijksacademie van Beeldende Kunsten, both in Amsterdam under the direction of Nicolaas van der Waay.

He then studied in Italy for one year and also worked in Spain, Switzerland and South America. He painted and drew portraits in naturalistic style. Van Vlijmen worked as a draftsman for various weekly and daily newspapers. Characteristic are his pencil drawings of factory and office interiors. Remarkable are the occasional portraits and group portraits drawn on the occasion of an anniversary.

Examples are the 650th anniversary of Amsterdam and portraits as we see here and for example of Douglas Monk.

For the series of albums Zwerftochten in Ons Land for the N.V. Koek- en Beschuitfabriek G. Hille en Zn. in Zaandam he designed the covers and drew the illustrations. In the thirties he also drew the tapes of various children’s books by J.B. Schuil, such as De Katjangs and De Artapappa’s.

In the Tax Museum in Rotterdam hangs a painting made by him by Minister of Finance Willem Treub. In 1952 he painted his masterpiece, a life-size portrait of the then English Princess Elizabeth on horseback, which is now part of the art collection of Buckingham Palace. In 1973 he self-published his autobiography Mijn leven als kunstschilder (My life as a painter). Bernard van Vlijmen was married twice; he had a daughter from his first marriage.