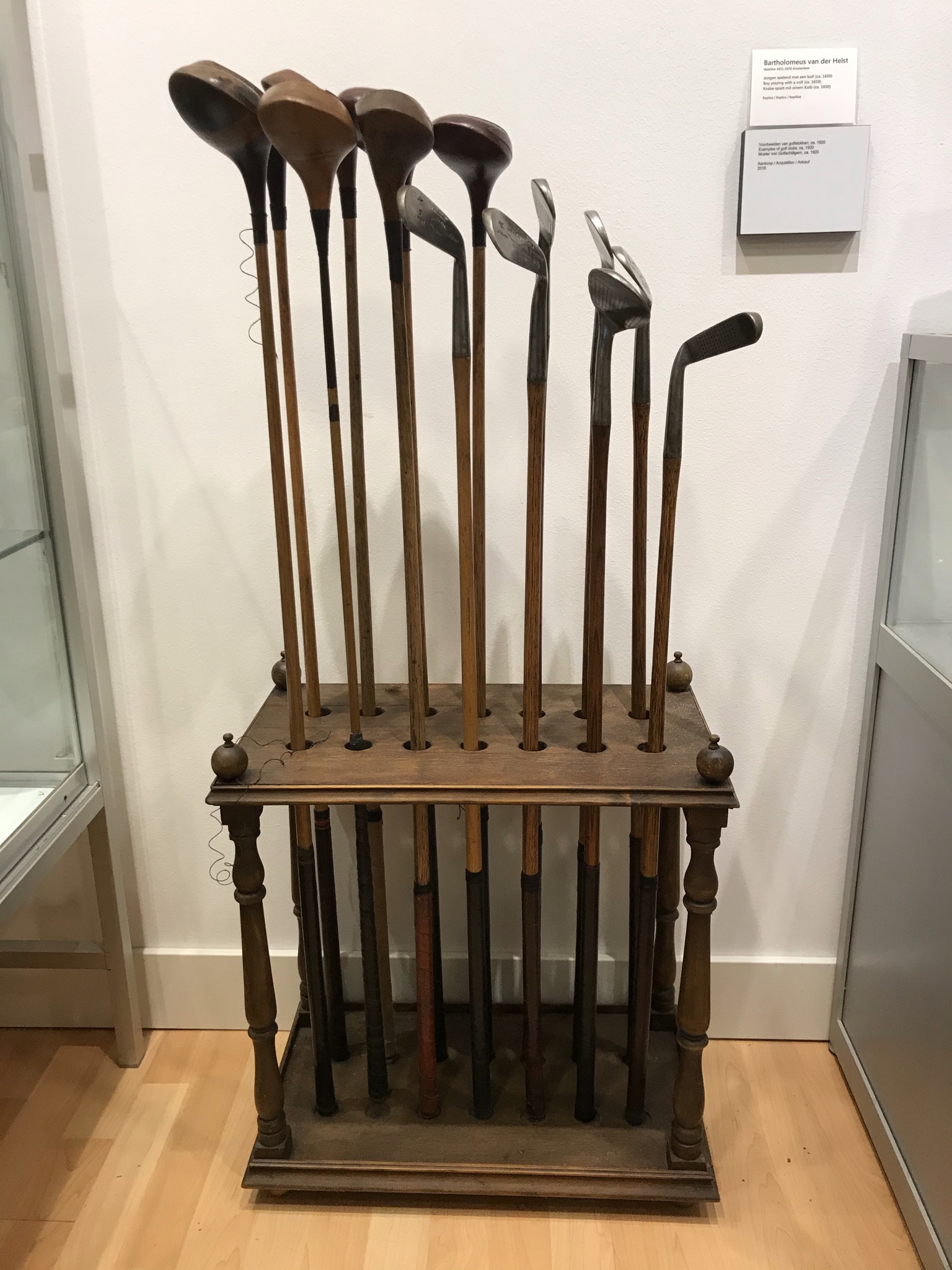 In this rack there are 7 women’s sticks and 7 men’s sticks from the early 20th century. The sticks are made of hickory wood except for one stick. Hickory wood comes from the hickory tree. A nut tree, which grows mainly in America. This walnut, also known as hammer stem wood, was more suitable than the wood of the Dutch Aspen, from which the Dutch sticks were made very early.

Because this wood was stronger, smoother and completely knots-free, it turned out to be excellent for making golf sticks and eventually replaced the aspen wood used for that time in the Low Countries. These wooden hickory shafts were in vogue until about 1920-1925.

At the end of the 19th and beginning of the 20th century, metal shafts came up and the vulnerable wooden sticks became increasingly obsolete. The first metal ‘wood’ is made of aluminium and was made and patented in 1895 by Sir William Mills (Sunderland).

However, our modern clubs are still called ‘sticks’ and fairway woods (wooden 3 or 5 for example) although nowadays there is not a splash of wood in them. Even the club heads of drivers have switched to other materials such as steel and titanium in the 2nd half of the last century.