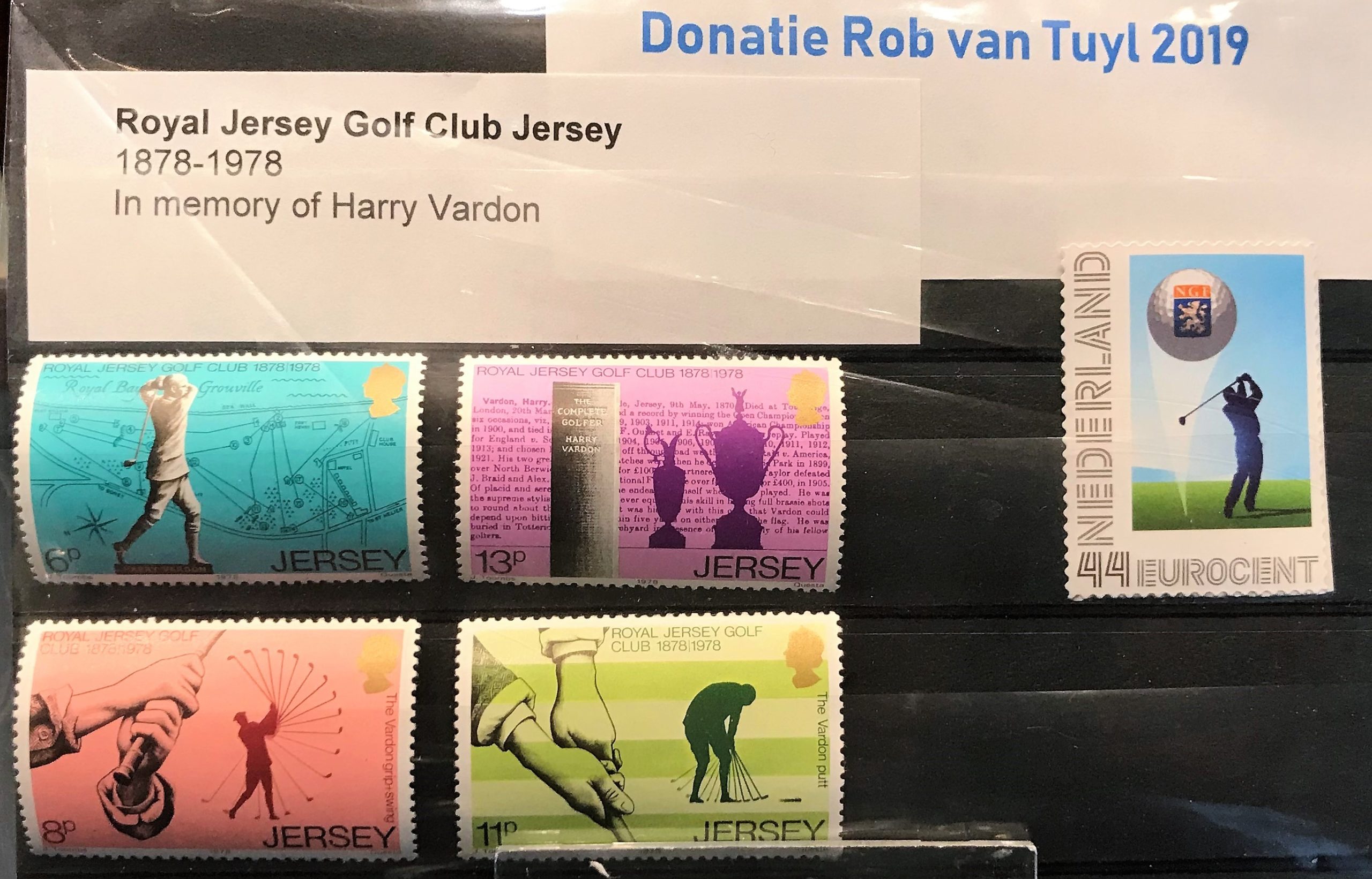 Speaking is Rob van Tuyl who exhibited part of his golf stamp collection at the museum in August 2019 and gifted the museum a series about Alan Shepard, the astronaut who knocked a golf ball off the moon.
When Rob van Tuyl read an article in the Dutch Golf Newspaper about the donation of a sheet of golf stamps to the Dutch Golf Museum, he had to respond to it as a connoisseur. “In my eyes, they were not real golf postage stamps. There are images of the so-called ice flask, painted by Hendrick Avercamp, and that is something different from golfing, was his critical reaction. And with that, the first contact with the museum was made.

One thing led to another and at the beginning of September he travelled with his wife Marjon from his hometown Alphen aan de Rijn to Afferden in Limburg to exhibit part of his collection in the Dutch Golf Museum. The opportunity was immediately seized to play a round of golf at Golf Course Bleijenbeek. His great passion since he gave baseball to it.

Thematic collecting
Around 3400 golf postage stamps have been issued worldwide. Rob van Tuyl owns a large part of it. Yet he does not call himself a philatelist. “You have to imagine that the printing presses of the past were not all the same, so the stamps could differ from each other. For true philatelists, the search for those imperfections and deviations is especially interesting.

In his exhibition in the Nederlands Golfmuseum, Van Tuyl highlights a number of themes, including ladies and gentlemen in golf, Dutch golf stamps and a series about Alan Shepard, the astronaut who knocked a golf ball off the moon. This stroke is listed in the Guinness Book of Records as the furthest golf ball ever struck. The museum is allowed to hold the latter series after the end of this temporary exhibition that lasts until the end of October.