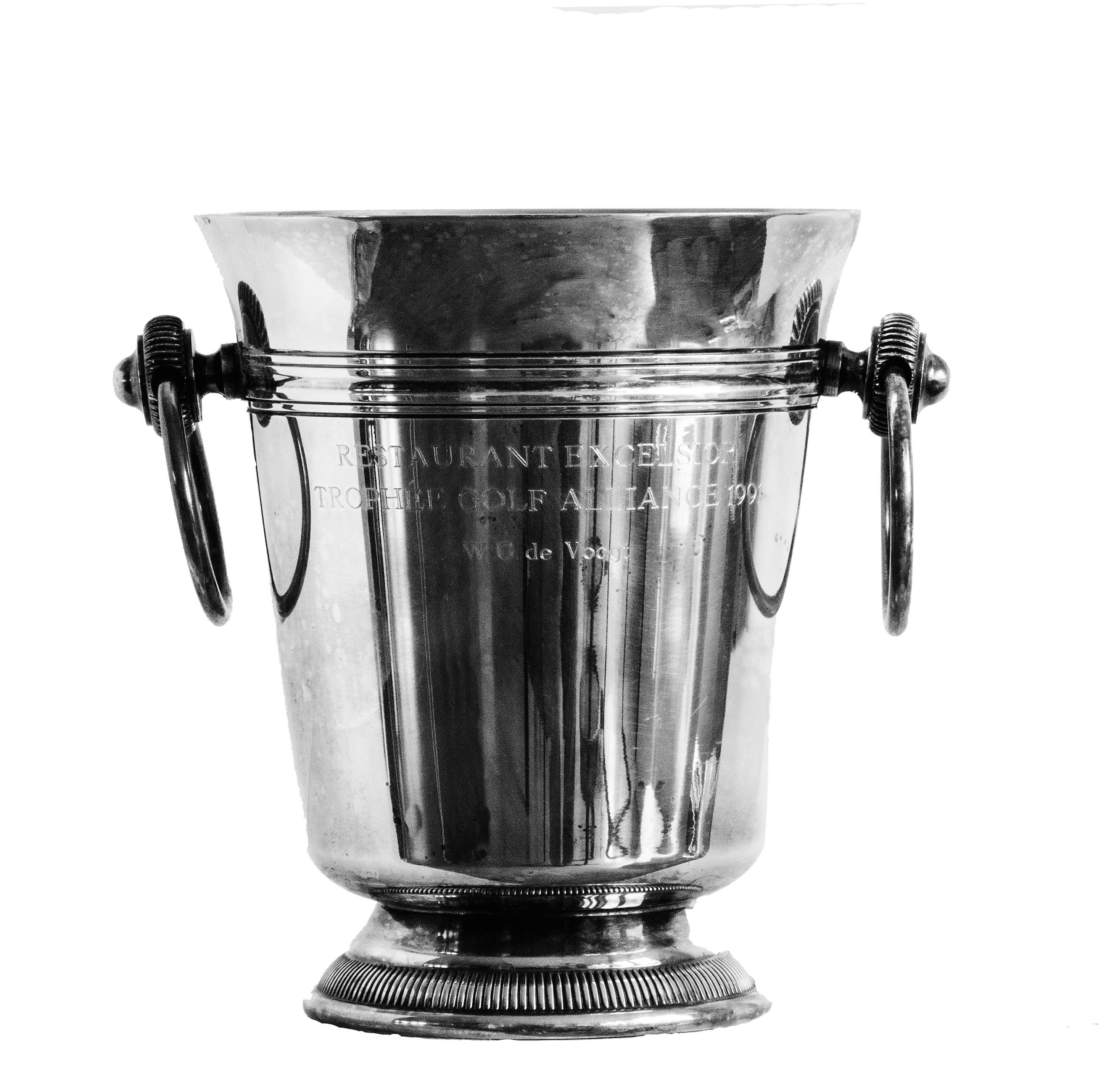 In the late 80s, mid-90s, the Alliance Gastronomique organized an annual golf tournament where all guests of different restaurants could register. At all restaurants, a preliminary tournament was organized on one of the golf courses near the restaurant. From that match, the four best-finished players were sent as a flight to the final tournament of the Golf Alliance Gastronomique. In most cases, this final match was played on the Lauswolt estate, because there is a beautiful course and there was also a possibility to spend the night.

This cup is from the preliminary round of Hotel de l’Europe/restaurant Excelsior (image 1). The number of names that have won this cup shows that it is a change cup. Mister Golf Robbie van Erven Dorens was also one of the winners. P.M. van den Broekke is Pieter van den Broecke, former chairman of the Amsterdam GC, the double k is not correct.

Somewhere there must also be a large change cup of the final match of the Trophee Golf Alliance, on which all winning teams of the restaurants are listed. The museum may receive that cup later.

In addition to this change cup, the winners were given a personal replica. On image 2 we see that of Willem de Voogt in 1991.

From the competition rules of 1988 we read that the Trophée Golf Alliance was played over a preliminary round per restaurant, followed by a final. A team consisted of four players (ladies and/or gentlemen, amateurs only). The maximum disability was 29 and the minimum age was 21 years. The preliminary rounds were individual stableford with full handicap settlement and subsequent dinner (see figure 3).