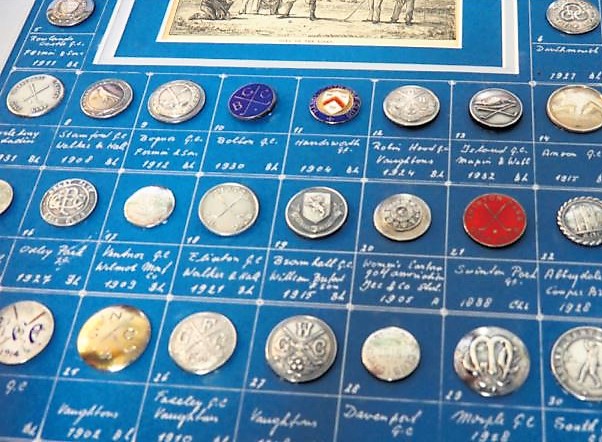 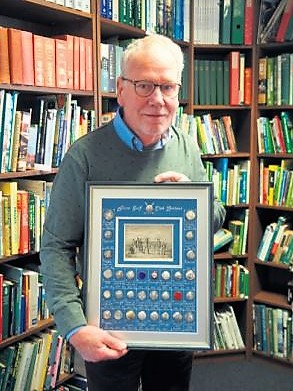 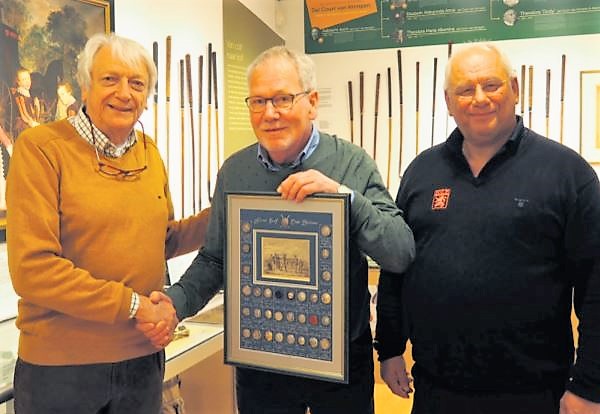 It is the stories behind the objects that bring the Nederlands Golf Museum to life. From people who can tell about the past and present.

People choose hobbies that fit their character. Not consciously, often chance seems to play a role. Yvo Melis focuses on collecting special buttons and that started with a few hunting knots that he tapped on the head at an antiques fair. This was followed by several series. Knots of, among other things, public transport, the army and golf. The meticulous way in which he organizes, describes and polishes them until they are shiny points out.
on a good sense of detail.

Three types of golf buttons
There are no less than four boards with more than a hundred shiny wave buttons that Yvo Melis has lent to the Nederlands Golf Museum. The result of years of searching.
As far as he has been able to trace the origin, they are provided with a handwritten caption. “I already collected various types of knots, but it wasn’t until I started playing golf that I started to expand that to wave buttons,” he says.

“You have to make a lot of effort to find them. There are few for sale and they are mainly from England. Only a handful of people collect them. About five worldwide. They all bid against each other, but I don’t want to spend too much money on it and make it a sport to find them for a small amount of money.” His search, which has been going on for twenty years, yielded three categories of wave buttons:

“The prize buttons were awarded for tournament victories or as an award for special merits,” he says. “They are usually made of silver and have an inspection date and the name of the maker, so you know in which year and where they were made. They are the most pricey knots. On international auction sites you can easily pay forty pounds for it.

The Gilt buttons adorned the jackets of the board members of a golf club and are less rare. Fashion buttons belong to golf clothing lines. Not infrequently, well-known golf pros have attached their name to it, such as Jack William Nicklaus, one of the most famous golfers of all time.”