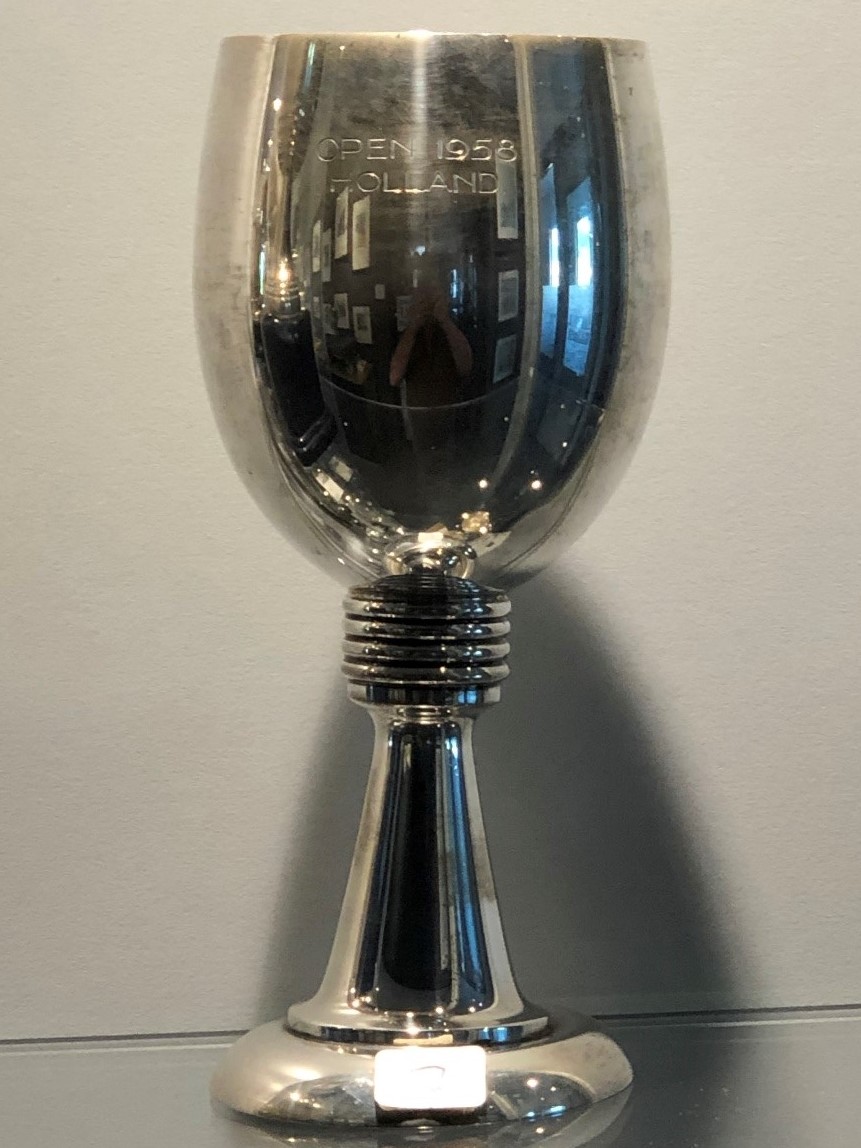 This small silver cup, with engraving 1958, belongs to the winner of that year’s Dutch Open, the Welshman Dave Thomas. In addition to the large change cup, which was not allowed to be taken home, the winners received a sum of money and such a small cup to put in the closet at home.

The prize money had risen to € 2 million in 2019, of which € 300,000 for the winner. However, due to two years of restrictions due to Covid-19 and the resulting economic damage, the title sponsor KLM had to take a big step back in 2021 and the prize money has now been halved.

From 2004, when KLM became title sponsor for the second time (from 1981 to 1990 KLM was also title sponsor), to 2019, the last year that the Dutch Open was played under the name KLM Open, the winners received a replica of the Palace on Dam Square in Amsterdam.

The replica, made by Royal Delft in Delft, is 50 centimetres long, 27 centimetres high and 11 centimetres deep. On the back is “Winner KLM Open” + year and the master sign of Royal Delft. Before the tournament, the replica was exhibited for some time at klm’s head office in Amstelveen.