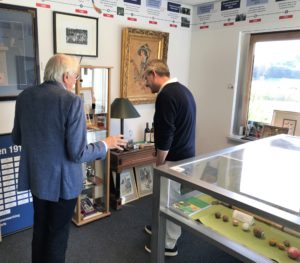 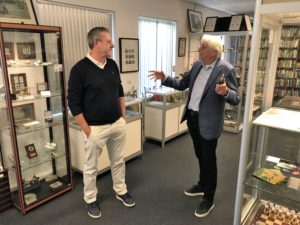 Jeroen Stevens, director of the Dutch Golf Federation (NGF), visited the Dutch Golf Museum last Saturday. It had been about 5 years since Jeroen was in the golf museum for the last time and so it was time to see the expansions of the museum with your own eyes.

In the museum there are many golf objects that the NGF has given on loan and that Jeroen of course immediately recognized. He also appreciated the tributes to NGF companies such as Robbie van Erven Dorens (buggy in the hall) and Aleid Kemper (corner with her golf collection).

As the son of a golf pro, Jeroen has 45 years of golf experience and was once a supervisor of (then amateurs) Tim Sluiter, Wil Besseling and Joost Luiten. He was there in 2006 as a supervisor when the Netherlands became world champion golf in the amateurs in South Africa.

And there is another photo of it in the Dutch Golf Museum. 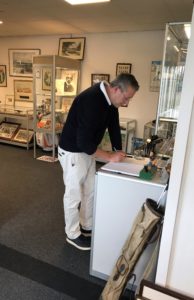 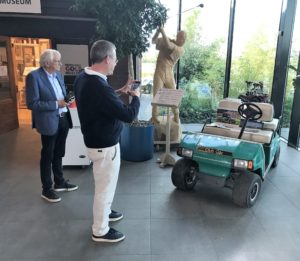 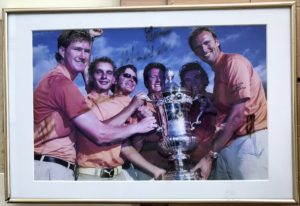