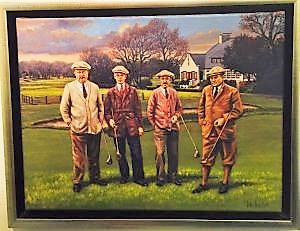 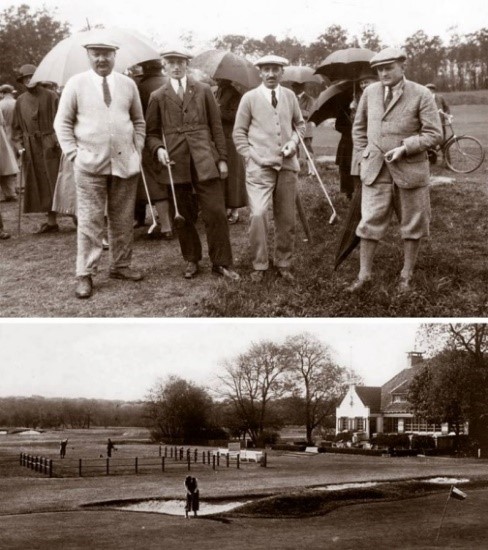 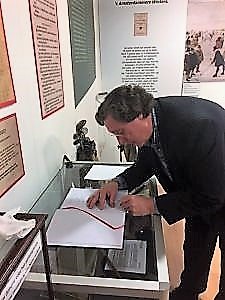 The painting was made by the German artist Victor Cleve and is based on a combination of two original photo images on the occasion of the official opening of the new golf course and clubhouse of the Haagsche Golf Club in 1924.

Pictured in the background is the clubhouse and in the foreground the four participants in an exhibition competition.

The competition was won by the Dutch duo.